The mystery lovechild is back...

It's all over for another year, the days are short and dark and my mind has been wandering again, as have my hands, all over the Photoshop effects menu.  Time for something pointless and ridiculous to fill the late gloomy hours when there is little else of value to be achieved apart from eating another chocolate liqueur and instantly regretting it.

If you've been here for a couple of past 'mystery lovechild' posts you'll know the premise:  What might the secret offspring, born to a famous but unlikely set of musical parents, look like?

Previously we've had, for instance, John Lydon and Joni Mitchell, whose curious 'lovechild' turned out like this: 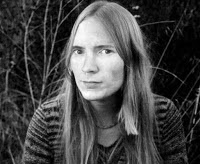 I gather that DNA testing kits were given as Christmas presents by millions of people this year.   But why go to all the trouble of spitting into a test tube when you can see the evidence of the genes right here in black and white?

I'd love to know who you suspect might be responsible for the conception of the characters below.  No rush - the results will be confirmed some time next year (i.e. next week!) 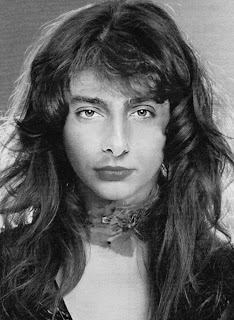 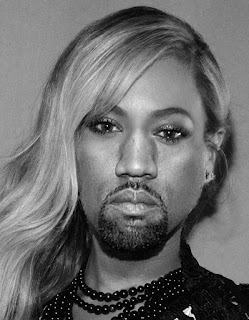 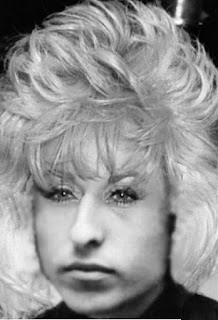 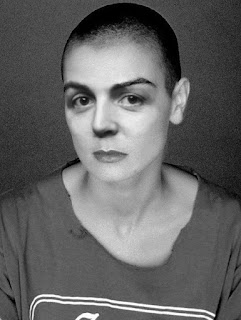 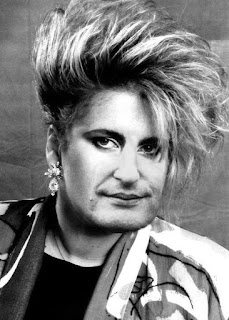 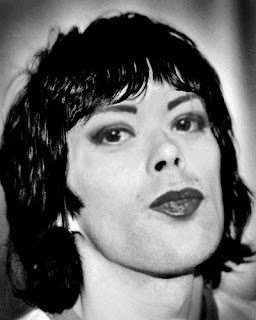 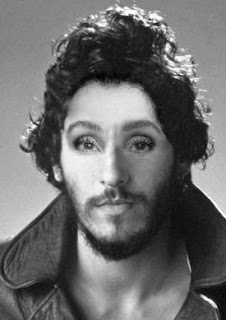 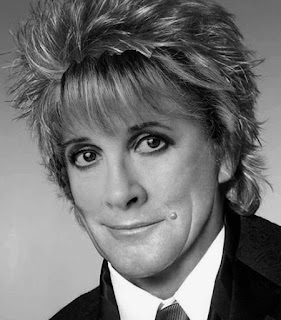 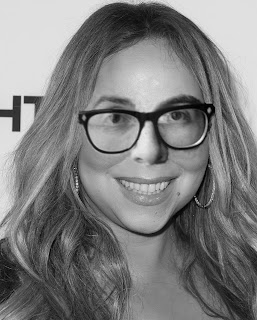 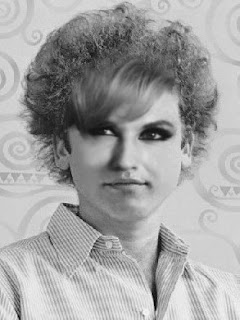 A Merry Andy Warhol Christmas to you...

I love Andy Warhol's illustrations for Christmas cards that were commissioned by Tiffany & Co. during the late '50s up to 1962.  Much like his gorgeous inky jazz album covers, I find their simplicity and freshness really charming.

Here are just a few. 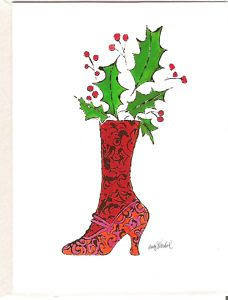 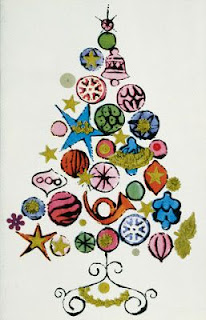 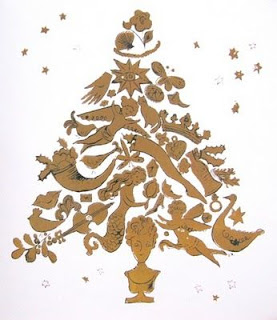 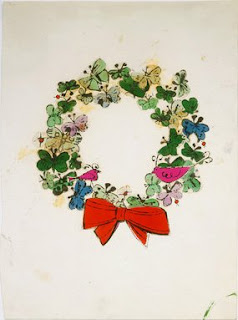 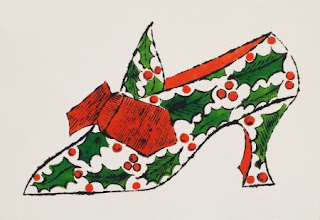 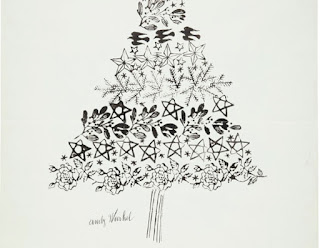 Have a good one - and thank you for everything! x 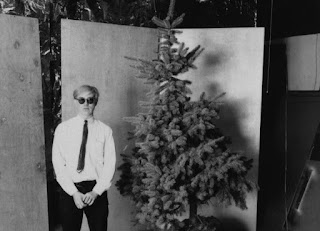 Hey, fellas, have you heard the news...

You can’t keep a good song down, that’s what I used to think.  However, having heard a few ruined by having all the guts taken out and incorporating a simpering female vocal to soundtrack an advert, I’ve changed my mind about that statement.

But this isn’t one of those songs.  I haven’t yet heard a bad version, and hope I never will.

Here are four renditions of 'Leaving Here' and, I hope you’ll agree, they’re all excellent.

As it happens, I heard these four versions in the wrong order.  The first time I came across 'Leaving Here' was on a mini-album of tracks by British r’n’b group The Birds released on Edsel in the mid-80s.  I'd never heard of the Birds before then (only the Byrds) and had been unaware that a certain Ronnie Wood played guitar for them before his time with the Faces and the Stones.  There's loads that can be said about Ronnie but I'll offer something a bit more random....  it's about a jacket.  Whenever I think of Ronnie, I think of my friend H and how jealous I am of an item of clothing she owns (and sometimes wears).  It’s a gorgeous slim-fitting, striped boating jacket that used to belong to Mr Wood himself!  It came into her possession through a friend of hers who just happened to be married to Ron’s brother Art, and it looks a bit like this... 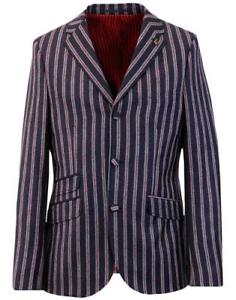 She lets me stroke it from time to time.

Alongside Ron Wood in the Birds line-up was vocalist Ali Mackenzie.  Some years ago I was lucky enough to enjoy the brilliant Small Faces tribute band, The Small Fakers, perform the whole of 'Ogden’s Nut Gone Flake' (complete with Stanley Unwin’s nephew there, narrating the relevant bits) at the 100 Club.  As the night drew to a close, Ali Mackenzie joined them on stage to give us a few extra numbers by the Birds, including this song.  It was as close as we were going to get to the real thing (both Small Faces and Birds) and I loved every minute.

Some time after discovering the Birds’ version and thinking it was their song, I must have heard it by Motorhead, although I’m not even sure I put two and two together at the time and certainly didn't know of its true origin.

Motorhead transcended boundaries when it came to musical genres, didn’t they?  Research tells me they recorded this in December 1976 and it was due to be released as a single by Stiff Records, but they were still under contract to United Artists at the time who prevented its release (in spite of UA’s refusal to issue Motorhead’s debut album).  So it didn’t make it as single at the time, although it did turn up on the eponymous Motorhead album on the Chiswick label the following year.

I missed out on seeing Motorhead in 1978 when they played our local venue; I was only 14 and they were far too hairy and scary.  My sister went, though, and said it was so loud she thought her ears were going to bleed.  At least Mr SDS and I did once wave to Lemmy across a street in Notting Hill (and he waved back, bless him!)

Eventually, I got to listen to the original!   Eddie Holland released it in 1963.  Eddie was of course one third of the Holland-Dozier-Holland song-writing and production team responsible for many Motown hits. A far better informed friend of mine who knows his '60s soul introduced me to it, and it's great to hear the purity and power of the song's first appearance complete with brass, having only heard others' versions first.

And finally, I heard a much more recent version when highly revered and incredibly young Irish band The Strypes, who had a penchant for the retro sound of bands such as the Yardbirds and Dr Feelgood, recorded it for their 2012 EP 'Young Gifted And Blue'.  They were all still in their teens, but the song itself, by that time nearly forty years old, suits them perfectly.  I found out in the course of writing this post that only a few weeks ago they announced that they were breaking up.  I guess they just packed in so much at such a tender age and I'm not sure where else was left for them to go, so I can understand and respect them for that.

Before I finish here, an honourable mention should also go to the Who who recorded an excellent cover, just as you'd expect.

So, I just have to hope no-one comes along and spoils it now... I don't think a soft tinkly piano version with a withering sing-song vocal would really cut it.
Posted by C at 10:49 18 comments: Not the actual knickers

Sometimes a seemingly simple walk down to the local shop can be more stressful than expected.  I have a feeling that what I'm about to tell you is something both male and female readers will identify with from time to time.  This, of course, isn’t the first time it’s happened to me.

So, it wasn’t until I had got to what must have been exactly half way there this afternoon that it started.  The riding up.   My knickers - you don't need detail, just know they're not a thong - had ridden up one cheek in a very irritating fashion, and then with every further step it just continued to get worse, of course.  Pinned against my skin by tight jeans there was no way they were going to ride down again of their own accord and settle back against their assigned place just above the natural slope of cheek-base/thigh-top interface.

So, I did that thing I think we all do (please tell me you do.) I’ve got a thigh-length coat on so as I’m walking I (very swiftly and surreptitiously) slip my hand under the hem and slide it around behind, then nip down inside the back of my jeans to do a bit of high-speed furtive sortage, having checked there are no pedestrians in my immediate vicinity, whilst continuing to walk and appear as nonchalant as possible. Would anyone from a window, or any passing cars notice?  I’ve no idea what this little manoevre looks like from the outside, as I've never tried it in front of a mirror. Possibly like getting something out of a back pocket. Or possibly like someone actually putting their hand down inside the back of their trousers whilst trying to appear not to.

Ah, that’s better, I think, as I reposition everything - snug and sorted.  For about three steps.  Then the seam rebels once more.  Up it goes.  Up.  Up again and I can’t think about anything else.  I try the sneaky you-can’t-see-what’s-going-on-under-my-coat move again but this time it just makes it worse and causes a bit of cutting in in a place you don’t want to know about.  It’s further to go home than to continue; I’m going to have to get to the shop and linger around the vegetable aisle like this.  I persevere, crazily preoccupied by what’s going on with my pants.

The point of me waffling on about this nonsense is simple – wouldn’t it just be brilliant if we could treat our private underwear malfunctions just as we do a stone in the shoe?  You feel that little piece of grit pressing into your foot and what do you do? – you stop, put your bag down, stick your opposite arm out to balance, or preferably use it to prop yourself against a wall, cock your leg and remove the shoe, shake it, express surprise at how tiny the offending object was (it felt huge!), put your shoe back on, swivel your foot about a bit on the pavement to check it’s stone-free and then continue on your way. It's all very public and nobody cares.  Similarly with the slipping bra-strap.  So I would like to advocate the same tolerance of occasional open-air knicker adjustment.  Only when absolutely necessary, of course.  A quick drop of the trousers, sort yourself out, do yourself back up and on your way, instead of all this secret faffing about.  I suspect that anyone who saw me knew exactly what I was doing anyway...

Abstract moment of the week #10

I was very excited to order a new book: something particularly special in these circles as it happens because it’s been created and compiled by one of our fellow bloggers, Martin.  Not only that but it also contains a story written by him - and not only that but it also includes a contribution from yet another talented writer in the blogging community, Rol.   I’m full of admiration and delighted for them both and couldn’t wait to read their creative writing, as well as all the others.  I do like a good short story, plus it’s for a worthy cause, more info here. So – book duly ordered from Amazon last week.  Package was due to arrive next day by 8pm, said the email and the tracking info.  Excellent!

It didn’t arrive when they said it would, I don’t know why.  But never mind, a little message explained there’d been a problem and it should come later this week instead.

But then when it did, there was no-one in, so the postman had to take it back to the sorting office.   A bit of a pain in the arse picking it up as I couldn't get up there straight away, but eventually Mr SDS managed to fit it in to another journey he was making and here it is at last.

Only the package didn't feel much like it had a book in it.   I've opened it up to find….

Just one more reason why I don’t trust Amazon to take over the world.