There was this kitchen cupboard where my mum kept the biscuits.  I can picture it now, and opening it up to get to the old tins she kept for storing them in.  A particular lovely tin was the Cadbury’s Lucky Numbers one, and another was labelled Peek Freans (who used to make the Playbox selection, those classic biscuits which made your tongue sore through the customary licking-off of icing).  The Lucky Numbers container later became home for the collection of Betta Bilda blocks my sister and I played with (for some reason we never got into Lego, we just used to make lots of open plan white brick houses with green roofs, perfect in the ’60s and ‘70s).  Anyway,  I had so much love for those tins, more than they warranted really.   They were special, symbolic even - of the whiff of pink wafers and chocolate digestives, of biscuits which shouldn’t have been stored together (gingernuts and jammy dodgers, anyone?) whose flavours and smells rubbed off on one another due to the cross-contamination in space-saving storage solutions. 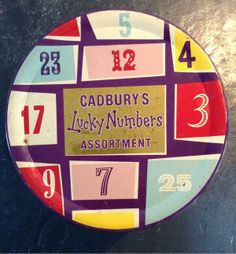 There was one other tin in the cupboard which preoccupied me, but for something other than its contents.  Barmouths or Gipsy Creams, Jaffa Cakes or even Betta Bilda - it wouldn’t have mattered, it was the picture on the side which captivated.  I think we'd been given this as a present originally, and that it was foreign; I remember the picture being of a woman holding a container and - this was the wondrous and fascinating thing about it – the tin that she was holding was also the one I was looking at!  And it was obvious that the woman shown on the tin that the woman on the tin was holding, was also holding a tin showing a woman holding a tin showing…… yes, one of those.   Although I couldn’t see it, I knew it went on forever - forever into infinity, too tiny to pick out with the human eye – but the thought alone just boggled my mind.  A bit like if you’ve ever thought too deeply about the vastness of the universe and you start to feel weird and dizzy and have to think about something mundane like hard boiled eggs instead -  in fact I have to stop myself going there now.

Anyway, this image fascinated me so much, I asked my big sister, who knew about mysterious things like formaldehyde and quicksand, what it might be called.  Was there a name for such a thing, a picture within a picture within a picture?  She didn’t know.  So, after much thought we made up our very own special word for it, and felt very chuffed.  I wish I could remember the word we decided on, I’m sure it was something that sounded suitably grown-up, like pictomath or propagraph – something sort of technical.

I hadn’t thought about this in ages, and then I just happened to fancy some cheese spread today, went to the fridge and took out the little box of Laughing Cow triangles when I noticed something that had simply passed me by until now – that the Laughing Cow is wearing a rather fancy pair of earrings... 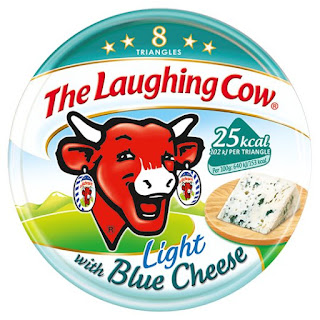 Wish I could remember that made-up word!  A parapod?  A hypertype?

I've had to go and look it up of course… turns out there isn't one distinct technical word for the picture within a picture (or what's described as a ‘recursive’ image, I discovered) but the principle itself is called the Droste Effect.  What’s that all about?  Well, apparently it was named after the Dutch chocolate company Droste, who made a tin with a picture of a woman holding a tin with a picture of (etc. etc).   The very same picture as the one that was on the tin that was in the cupboard where my mum kept the biscuits. 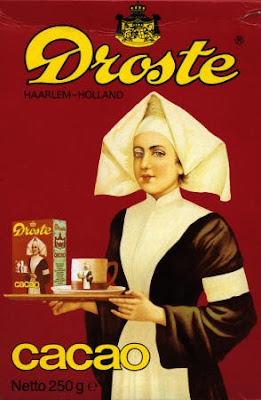 My bestest most favouritest songs ever ever - part 4

I've been waiting a while to post this favourite song, and now the time is right! As suggested by fellow blogger Swiss Adam from Bagging Area in an excellent recent post, with all the unbelievable crap that's going on around us politically and socially, we can at least resist by sharing some - to paraphrase SA (thanks!)  - 'up' tunes, songs to raise the spirit and put a smile on the face, etc.  Well, this one always puts a smile on my face - hopefully yours too.

It was actually the first song I'd ever heard by Nouvelle Vague, thanks to a friend who has inspired and delighted by sharing their musical taste with me via compilation tapes and CDs for many years.  Ten years ago, not long after the release of NV's Bande À Part album, a CD arrived which included this one, nestled alongside tracks by the Butthole Surfers, Favourite Sons, Saint Etienne, Ted Leo & the Pharmacists, .... see what I mean? I was inspired and delighted indeed.

'Dance With Me' has to be not only one of my bestest most favouritest songs ever ever but also one of the sexiest.  I mean proper (improper?) sexy: dirty kinky dark (insert your personal predilection here) sexy.

Ohhhhhh!  (that's me, not the song lyric)

Credit must go to Lords of the New Church of course for writing it in the first place, but to me their original sounds like the Ramones channeling Duran Duran - nothing against that idea, in fact it could be quite interesting -  but once you've heard it stripped back and sung in a female French accent there really is no turning back.

To top it all, some clever person has worked out that it fits one of my bestest most favouritest scenes ever ever in the Jean-Luc Godard nouvelle vague film, 'Bande À Part', where Anna Karina dances between Claude Brasseur and Sami Frey (a scene which influenced the dance scene with Uma Thurman and John Travolta in Pulp Fiction).   With Nouvelle Vague as its new soundtrack, the circle is so neatly completed. Perfect.

(In the spirit of Swiss Adam's suggestion)
Fuck fascism, dance with me!

(Thanks also to TheRobster at Is This The Life? whose post prompted me to listen to some NV again!)
Posted by C at 12:31 19 comments:

Email ThisBlogThis!Share to TwitterShare to FacebookShare to Pinterest
Labels: dance with me, my bestest most favouritest songs ever ever, nouvelle vague 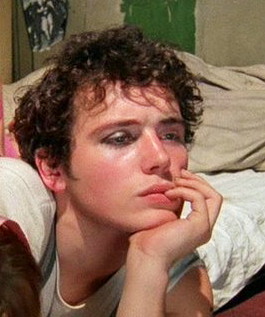 I won’t mince my words: everyone said it was shit.  “How can it be?” we thought, “it’s a punk film!”  I’d already bought the soundtrack album to Jubilee, having fallen for the cover and its inclusion of tracks by Chelsea and Adam & The Ants;  I knew that Siouxsie, Jordan and the Slits made an appearance, so it had to be good.

“It was shit,” my boyfriend and I concluded after we’d made it all the way to an Arthouse Cinema in Covent Garden one Sunday afternoon in 1979 to see it.  It didn’t help that the film broke half way through and a very well-spoken, somewhat adenoidal, lecturer-in-film-studies type bloke came out to convince everyone to bear with him while he tried to fix it because it was at a crucial point in the narrative or something.

Maybe I’d have more patience for it now, be more open-minded, but I'm coming at this from the viewpoint of my 16-year-old self and I was not impressed.  I guess I’d built it up too much in my mind.  Adam did look rather gorgeous and there is that track on the album with the corniest wordplay title and a Charlie’s Angels type theme which I reminded myself of today and I still like it for all its 70s-ishness.  Apart from that, though, Jubilee, for me, has gone down as one of life’s great disappointments.

I reckon I’m very lucky to have led a fairly blessed life so far because I can’t think of all that many other disappointing things, except for toffee apples.  What other so-called treats deliver so much promise – toffee and apples for a start – dressed up as huge lollipops in shiny gold-red glazing, yet fail to live up to it every time?  They look so good, they taste so bad.  A difficult first bite, musty mushy apples, pips and toothache all spring to mind, although I’d be interested to know if anyone has any differing experience of them.  Is it just me? 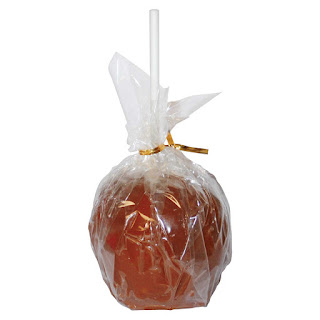 Ok, now I'm thinking about disappointments, another of mine was the Brownies.  They were supposed to be  action-packed gatherings with mysterious initiation ceremonies  for secret agent style missions, interspersed with baked potatoes.  Weren’t they?  Instead, my enduring memory is of spending a whole Saturday polishing shoes for which I was awarded  a sew-on patch.  I also had to forego watching a favourite after-school telly programme (my uncool confession is that it was the Thursday edition of ‘Blue Peter’)  to become a bored Elf for an hour a week; no secret agent style missions nor baked potatoes.  Mr SDS tells me he was equally disappointed after joining the Cubs, having been led to believe after a Cubs Open Day that there were always going to be coffee, hotdogs and possibly armed combat. 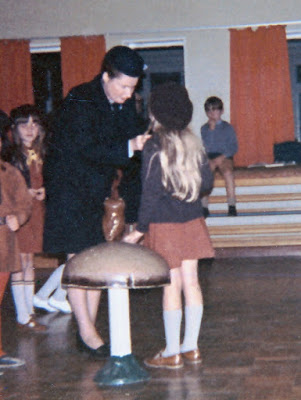 There’s one other thing I can think of right now as being a genuine disappointment in life and that’s Ghost Trains.  Much like toffee apples, their outer appearance is deceptive. 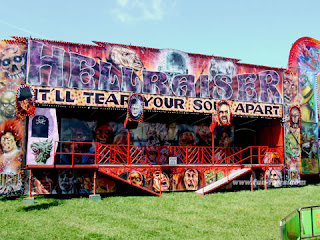 I can’t even remember much about the last one I went on, and it was only five years ago.  I think it did indeed promise to tear our souls apart.  I've a vague memory of going through lots of curtains and getting sprayed with water but, come to think of it, it was worth the entry fee for the helpless laughter it caused my friend and me, so maybe not so disappointing after all, and better than Jubilee.