Jobs for the boys (and girls)

Another delve back to the '70s, not to Hyde Park this time but to the county where I did most of my growing up, courtesy of a copy of a local paper from that decade which turned up during a sort out at my mum-in-law's house.

There's something about looking through old newspapers from a time you've actually lived through which is both interesting but heartstopping at the same time, don't you think?  Heartstopping in that it suddenly dawns on you that you really have been around for quite a long while.  But interesting for seeing the house prices, the adverts, fashions, names, even just the different journalistic style and the sort of things that made the news.

We don't know exactly why my mum-in-law kept this particular issue from January 1975 (and sadly don't think she'd remember now) but it does have some quite unusual stories so perhaps that's why.  For instance, the front page is dramatic - covering the hijack of a British Airways 'plane at the nearby airport - a huge news story for a small town.  More amusingly, there's a report about some vandalism at the local cinema in response to it showing 'Last Tango In Paris'.  There's also the very important announcement that a record shop was opening its doors in the new shopping precinct - the place where I would later spend many a Saturday afternoon and most of my pocket money, of course, and which probably deserves a blog post of its own some day.

But in January 1975 I was 11 and I don't think any of those stories meant much to me at the time.  Nor was I old enough to be trawling through the job ads from the back pages.  But I did yesterday!   It was only then that I fully appreciated how, in 1975, I would've had to pass on quite a few job applications purely on the basis of being the wrong sex - it served as a great reminder of how much things have changed for the better in that respect.   I should say that not all the ads in the paper specify a gender (or age) preference, but where they do, it really leaps out.... 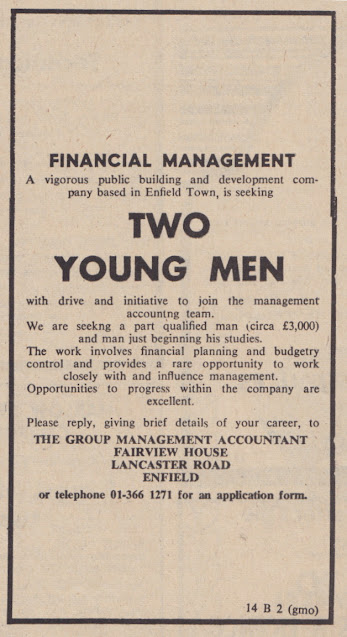 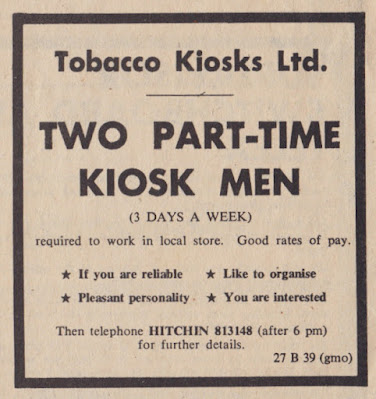 So, no job in financial management or a tobacco kiosk for me back then...(not that I'd have wanted either, to be honest - I mean, whenever would I have had time to file my nails?)
Still, I could've earned £21.37 a week and got a free dinner this way! - - 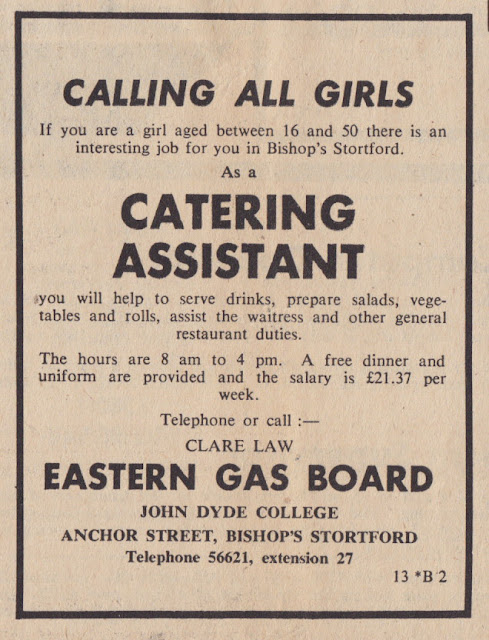 I find this next ad interesting.  Seems we would have been allowed to assist in the cigarette kiosk of this supermarket, but not to manage the fruit and veg department.  And no men working in the canteen, thank you - stick to your butchery! 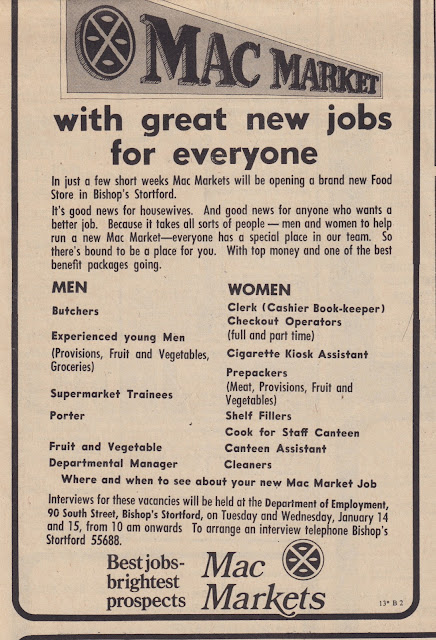 Here are a couple more... 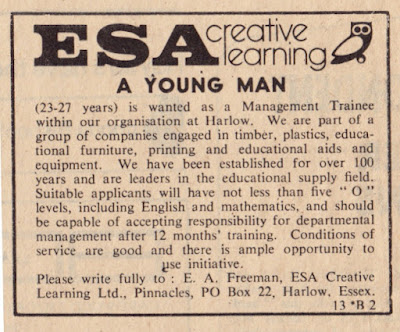 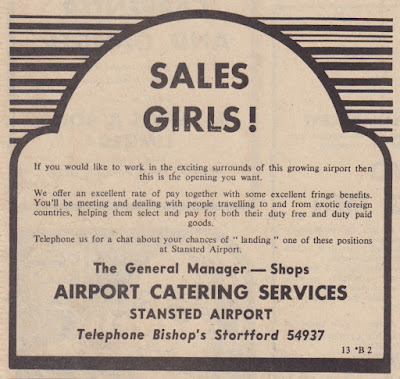 Still, thankfully we had ballsy women like Suzi Quatro to help address the subject of equality in 1975.  Take it away, Suzi!

Email ThisBlogThis!Share to TwitterShare to FacebookShare to Pinterest
Labels: 1970s, 1975, suzi quatro, your mama won't like me

I stepped into a time machine the other evening and travelled back to 1971, courtesy of a charming documentary currently available as part of a BBC Four collection on the iPlayer.  If you’re in need of some uncomplicated escapism and have 50 minutes to spare, may I recommend this unhurried wander through London’s famous Hyde Park amid a fascinating variety of human (and a few animal) visitors from 50 years ago.

It’s a lovely location, but of course it’s the people who make this so interesting.  There’s the man in his swimming trunks standing on his head, the novice rider with no sense of rhythm, the humble 'Geranium King' who doesn’t like geraniums.  There are the Cockney boys eager to get on camera  (“woss it all abaht?!”) and the not-so-Cockney boys eyeing up bikini girls through their telescopes (“…an hour with her!”)  It’s like a community within a community, with unabashed orators and placard-holders at Speakers’ Corner, a fashion shoot taking place on the bandstand and a fabulously percussive performance of ‘Roll Out The Barrel’ - not on the bandstand.  Then there’s the lothario strutting around in his teeny tiny trunks who… well, don’t let me spoil it for you if you want to watch!   And so many others observed without judgement nor comment, the combination of which seems to illustrate in the simplest terms both the frustrations and joys of just being human - the collapsing deckchair and the squeaky wheel could have come straight out of a comedy sketch show.  Of course my favourite character is the beautifully spoken lady taking her beloved duck for a swim.  Where is she now?!

But one of the main things that makes this film report so delightful and immersive is its style.  It has such a lightness of touch which seems rare now.  There's no generic piano music in the background, nor those irritating pizzicato strings to lead us subliminally to an intended emotional reaction. No over-dramatic narration to humiliate its subjects and lure us towards a predictable opinion (I can't stand being subconsciously directed on what to think!) You can just let go and enjoy your guided tour... at a comfortable 1971 pace.

That’s how I like my observational documentary style.  You too?

And the song to accompany Mr Lothario: