Brilliant!  Today Sun Dried Sparrows welcomes its first guest contribution and what a fine one it is.  I'm delighted to be able to publish this fascinating, entertaining (and educational!) post by our talented fellow blogger John Medd, whose own place of residence can be found here: http://www.johnmedd.com/

(You're far too kind in your introduction below, John, but I'm dead chuffed that you felt inspired.  Also very touched by your choice of subject matter.)

I'm really grateful to John for this lovely piece and for stepping in to help me out; more contributions are always welcome.  Enjoy,

When C recently announced to the world that her writing mojo appeared to have temporarily deserted her and was asking for cover in the shop I thought OK, I could put a shift in on a midweek afternoon if it means she won't have to pull the shutters down; I can smile politely at the customers if they ask me any tricky questions - I'll just say, "that's a very interesting question, I'll get back to you on that if I may..." So these are big shoes to fill, let me tell you, I've been reading C's captivating musings for nigh on a decade now and I can't even begin to get near the fine detail that she puts into her subject matter; whether it be drawing & illustration, Triumph Heralds, rambling, '70s punk bands (her love of Generation X's guitar player is unrivalled) or Bippity Boppity hats, I can only watch from the sidelines in wonderment.

And that is precisely why I shan't be exploring any of the above material - even if I feel some of them are pulling me in (Generation X, definitely). No, today I'm going to scribble a few words about - wait for it - worms; a topic I know is very near to C's heart.  Her passion for and knowledge of worms and wormeries is something that she has touched upon in her writing often and, as with most people who are passionate about things, their affection for their subject matter just oozes off the page.

However, my ramblings today on these amazing invertebrates is going to concentrate on one or two of my favourites - a Worm Top 5 if you will, and no, it won't include the Alien chestburster that exploded out of John Hurt's chest cavity, nor will it have among its ranks Jeff the 600 foot subway worm in Men In Black 2.  Hilarious though they both are.  Ditto the talking worm in Jim Henson's Labyrinth.

It will come as no surprise that worms feature heavily in mythology and legends.  They are often associated with snakes, serpents and dragons and the worm's symbolic meaning is divided between death and renewal.  Compost Corner, anyone?

The legend of the Cockburn Worm has its roots in the North East of England - a part of the world raided by the Vikings for centuries during the Dark Ages.  The Viking longboats often had worms carved into their bows.  One particular raider, personified as a monstrous Viking worm dragon, plundered the village of Cockburn in the Tees Valley but was finally slain by John Conyers.  Even the fact that Lewis Carroll would later borrow the story as the basis for his nonsense poem Jabberwocky still didn't guarantee it a place in my Top 5.

That position is occupied by Walter the Worm.  He's the brainchild of Roger Hargreaves, creator of the Mr Men series.  Walter had many cameo appearances in various Mr Men adventures, but was given his own book later on in the run.  A big shout out to the early bird too.

The Number 4 slot is a strange choice.  I'll tell you for why.  I'm no Whovian - my love of Dr Who began and ended with Troughton and Baker with Pertwee in the middle - but here's a cracking little worm related tale.  It stars Matt 'Boxhead' Smith, an oft used science fiction trope - memory wiping.  Long story short, if you touch the Memory Worm it takes the last hour of your memory away; get bitten by it and you lose decades.  Watch this three and a bit minute knockabout clip and all will become clear.  Will you remember to do that?

In at Number 3 is the Mongolian Death Worm.  A cryptozoological creature reported to exist in the Gobi Desert.  Like Big Foot, sightings are rare.  But it's bright red in colour and two foot long.  Allegedly.  Oh, and it will kill you just by touching it.  If you're looking for excuses not to go to the Gobi Desert for your holiday this year, I think this may well be it.

I love this next one.  Number 2 in my worm countdown is The Lowly Worm.  He pops up from time to time in Richard Scarry's delightful children's books.  And just in case you confuse him for any of the other worms I've mentioned here, he'll be the one wearing the Tyrollean hat.

Toppermost of the Poppermost is my favouritest worm ever.  It's Danny Kaye's Inch Worm - and is taken from the 1952 movie Hans Christian Anderson. (And yes, something of an ear worm!)

The song, written by Loesser Frank, has many fans, not least David Bowie.  This is what the artist formerly known as David Jones had to say about it:

"I loved it as a kid and it's stayed with me forever.  I keep going back to it.  You wouldn't believe the amount of my songs that have sort of spun off from that one song.  Not that you'd really recognise it.  Something like 'Ashes To Ashes' wouldn't have happened if it hadn't been for 'Inchworm'.  There's a child's nursery rhyme element in it, and there's something so sad and mournful and poignant about it.  It kept bringing me back to the feeligns of those pure thoughts of sadness that you have as a child, and how they're so identifiable even when you're an adult.  There's a connection that can be made between being a somewhat lost five-year-old and feeling a little abandoned and having the same feeling when you're in your twenties.  And it was that song that did that for me."

And here he is singing it:

I'm so sorry!  I have (once again) misplaced my blogging groove.  I just don't seem to be able to get in the right mood.  I've an awful lot of work on, so my mind is elsewhere most of the time, but I've had that before and it hasn't stopped me.  Maybe it's just the situation we're all in as, although I know just how incredibly fortunate I am in so many ways, I can't rid myself of a constant low-level sense of anxiety just about the world as a whole... more now than ever.   I can put it to the back most of the time and still derive pleasure from other things, but perhaps it's at the root of why I seem to become full of self-doubt as soon as I try to write more here.

Anyway - a thought!  A few of my lovely fellow bloggers with music-themed blogs have been opening up their doors to guest posts - it's great, and works well for everyone.  But of course I don't want to tread on anyone else's toes so I wondered if I could offer a different platform here if there's anyone out there who wants it...

Therefore, if you fancy contributing a guest post here some time, on any topic that might fit into this place comfortably (no restrictions other than that of libel and extremism, you know what I'm saying) then please write in.  Perhaps you - or your secret alter-ego! - have an urge to wax lyrical about pylons, Lloyd Loom chairs or the joy of shelling peas, for instance.  Not that I'm suggesting those at all, but.... who knows?! I have a fondness for the random and the eclectic, the funny, playful and intriguing - and would really appreciate some original input.

You can get in touch via the contact details top right if you're feeling more inspired than I am and could help inject some life back into these pages.  It may also get me back into the groove...

Publication at my discretion but anonymity will be fully respected if desired! 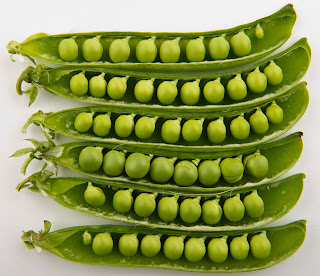