I've mentioned my small local venue 'Triad' before - it was where I attended my first ever gig in January 1978: Siouxsie & the Banshees.  For a while this really was the place to hang out locally if you were into music, particularly punk.  I saw dozens of bands there in the space of a couple of years, sometimes two or three times a week; it was also where my sister's ears nearly bled after she'd had the pleasure of a Motorhead set; where I first met Mr SDS, and where his band cut their teeth.  It was the regular haunt of the Newtown Neurotics; I watched Wayne County there before he became Jayne, Adam & the Ants pre-Dirk Wears White Sox, plus the Passions, Crass, the Jolt, UK Subs, the Automatics, Purple Hearts, Disco Zombies, ... mod bands, heavy metal bands, crappy bands, bands with one-legged singers, many many bands.  I feel very lucky.

It was also where I saw my first full frontal male nude.  Perhaps I should explain...

Prior to it being primarily a music venue, it was an Arts Centre, started up in the early '70s.  My mum was a keen supporter so, long before I was going there as a teenage ligger getting tipsy on cider, I was exposed to its cultural delights in the form of poetry readings, puppet shows, sitar performances, macramé exhibitions, yoghurt-knitting contests, that kind of thing.

When was it, some time in the mid-70s, about 1973/'74?  Children's TV programme 'Vision On' was compulsive viewing after school, oh how I loved Tony Hart (he'd have been one of my 'fantasy dads') and Pat Keysell seemed really kind. The Burbles... the Prof ... and then, do you remember there was also a very bendy, beardy man who only appeared on there for a short while?  I liked him. I just looked his name up: Ben Benison.  (Bendy, beardy Ben Benison, I won't forget that now)  Always dressed in black - ring any bells?  Anyway, Mum came home with tickets for an event being held one evening at 'Triad' and the blurb said that the small improvisational theatre group who'd be performing included Ben Benison from 'Vision On'.  Ooh, I was very excited at the thought of seeing him in the flesh.  We had front row seats too!

Now I can't remember that much about the show in general but yes it was all about improvisation and it was packed with an appreciative audience which was mostly adults but included several kids like me (no doubt also fans of  the 'Vision On' Gallery, animated plasticine and bendy men).  All was going so well, until those wacky thespians on stage asked the audience to suggest some themes around which to develop an improvised comedy piece, and someone called out,

Ok, so whose bright idea was it to take all their clothes off  in the rather questionable character of an 'uncivilised desert island native'?  Actually, no, it wasn't Ben Benison.  But it was one of the other actors, and he came right out onto that stage in the nude without even some well-placed genital cupping.

Right out onto that stage, and right in front of me.

As a naive young girl I actually found myself, well, so embarrassed that I couldn't move my head, which meant I couldn't look away.  It was like I was paralysed, staring straight at a man who was completely naked and fully grown (no, not that kind of fully grown, but still...) and seeing things I hadn't seen before.

This is the point in the story where I'd like you to imagine an eerie whistling sound, like the wind on the moors, and a ball of tumbleweed rolling past....

Awkward silence.  Or maybe a few choked coughs.  And a few families hurriedly getting out of their seats and leaving (although for some reason not mine).  The show finished soon after...

...but what has been seen cannot be unseen.

As you might imagine, there was some furore afterwards and I vaguely remember my mum telling her friends and there being a lot of angry letters in the local newspaper, there may even have been calls to get the venue closed down.  Would it create more? - or less? - or the same amount? - of controversy now, I wonder? It was just a naked man, nothing sexual, but these lines are so blurred.

Still, I'm so glad that the venue stayed open, as my life would not have been the same without it once all the bands came to play there (fully clothed). 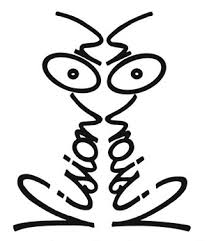 I didn't like it.  Perhaps as a younger child it felt slightly threatening, having to share my space with a stranger and, more to the point, having to share my mum with one too.  Car doors would open and after a brief exchange a heavy-looking haversack (and sometimes dirty boots, plastic bags, cardboard signs with 'Wigan' or 'M1' written on them in marker pen) would be loaded onto the back seat beside me.  Then we made the next leg of whatever journey we were undertaking in Mum's green and white Triumph Herald with a new passenger on board.   For however many minutes and miles required, the attention would be focused on them - more often than not a young man, occasionally a young woman too - whose back of the head was all I could see, until we dropped them off at a junction or a lay-by some way closer to their final destination.  Mum could rarely drive past a hitchhiker without stopping to at least check if she could be of any help.

So, as a child, I didn't like having to give lifts to strangers, but my mum was a warm, gregarious woman who enjoyed engaging with people of diverse backgrounds - especially young people - and as I reflect on this with the benefit of these extra years, I now envy her.  I wish I had her ability to chat with ease to anyone, the same openness of her heart and the generosity of her gestures.

One day, by which time I was a young teenager and my mum now separated from my dad, she came home from a long journey and spoke enthusiastically of a hitchhiker whose company she'd enjoyed for several miles.  It seemed as if a special kind of friendship had been formed even in that short time and in spite of them being disparate characters - she a middle-aged mother and he a young, long-haired hippie type by all accounts, but with the added exotic credentials of being French and also (or so he told her) having some Native American ancestry.  From what I remember her telling my sister and me, it didn't matter that they were ostensibly so different as they talked about philosophy and art, about spiritual and cultural beliefs - deep and stimulating conversation from the sound of it, and as far away from the usual bland small talk as you can get.  Mum was most enamoured of him, her eyes flashing with excitement as she described him and shared his stories and insights with us, just as her passenger had  with her earlier.  "And I told him to come and visit us any time, if he's ever in this area," she concluded.

"Mum!" my big sister and I exclaimed, in a manner more suited to that of a parent admonishing their child, "You mean you gave him our address?!"  We were not impressed.

"Well, yes of course," she confirmed, unperturbed by our reaction.

This was Mum all over.  Trusting.  Maybe too trusting?  But she had helped out waifs and strays before (and perhaps I'll write about those too in another post); it was just in her nature.

It was about a year or two later I guess, hard to say as the passage of time seems to move at a different speed when you're younger, nevertheless it had been many months after Mum's encounter that I came home from school and she said we had a visitor.  He had turned up out of the blue, having walked some distance through the town (and perhaps the county), carrying a piece of paper with our address on and eventually finding his way to our front door.  And he was welcomed warmly, sleeping on the camp bed in our living room for just one night before continuing on his wanders, the perfect house-guest, grateful, kind and honest, no money went missing, no privacy was breached (mutually!):  a hitchhiking French hippie with Native American ancestry.  It was a sweet, simple reminder of what it is to truly trust a stranger.  Proof, I believe, that most people are good.

And on that cheery note - Happy New Year! 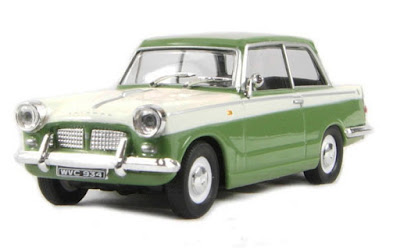