Just a quick post as I'm so excited about seeing 'Spider House' this evening (BBC Four, 9pm) - an hour and a half of arachnid love. Reading some blurb about it earlier, I'm sure it's going to be a positive thing for their public image and I'm delighted.


The other night, they even used 'Happy House' in the trailer.  Must be good!

Not a Latin lover

Mrs Bacciarelli had an imposing presence: robust in physique with leathery skin and hair still black in spite of her advancing years, she spoke with an Eastern European accent and rarely smiled. My French teacher was young and benign in comparison, but Mrs Bacciarelli's subject was Latin. It seemed appropriate that she should be as formidable as the language she taught.

Latin seemed to be all about endings. What little I can remember about it now was that just about every word had to change its ending according to its place in a sentence. As far as I can recall these were known as declensions – all dependent on gender and 'nominative' and 'subjective' cases and god knows what else; I no longer know what any of them mean. In the first year of learning it I was a studious little goody-two-shoes who rose to the challenge and Mrs Bacciarelli's firm teaching methods kept me in my place. One or two little things have stuck, so for instance I can confirm that the plural of 'succubus' would be 'succubi'. Always a useful thing to know.

Here's a picture of one just to grab your attention. 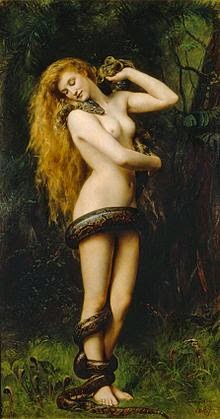 When Mrs B retired in the third year a mild-mannered, softly spoken Northern man who wore tweed jackets and bicycle clips took her place - and I lost mine. To be honest, I'd had enough of translating sentences that had so little relevance to contemporary life. At least in French lessons we wrote about Philippe and Michelle going to the shop to buy Johnny Halliday records. In Latin, the most stimulating sentences involved centurions, slaves, temples and the occasional dog. That's not as interesting as it suggests, either. I think the only time I laughed in a Latin class was when there was a text which referenced the island of Lesbos. Cue much predictable but surreptitious sniggering.

Anyway, Mr Bicycle Clips couldn't keep my attention and after being caught for copying my friend's homework more than once I was relieved to be able to give up such a difficult language and take up German instead. Before I did, though, my mum did her best to help keep me interested in this ancient subject. She bought me a copy of 'The Tale of Peter Rabbit'! 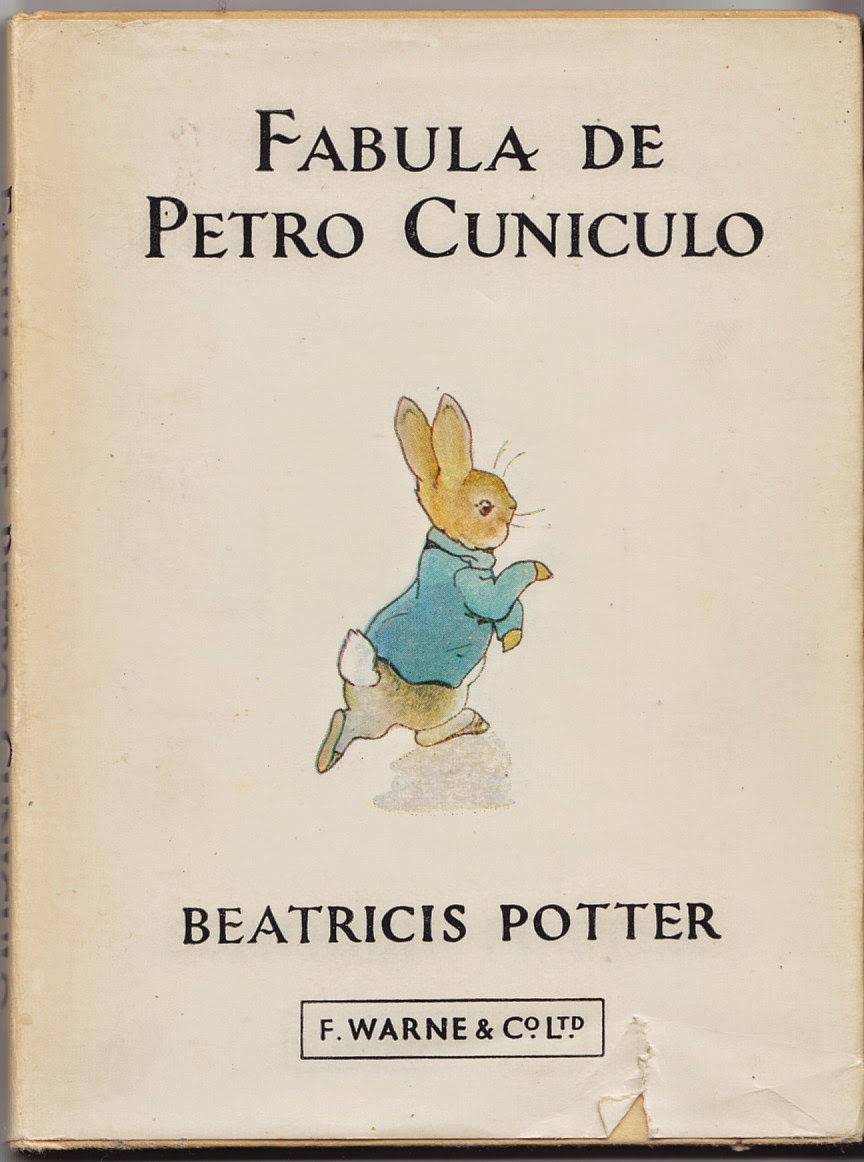 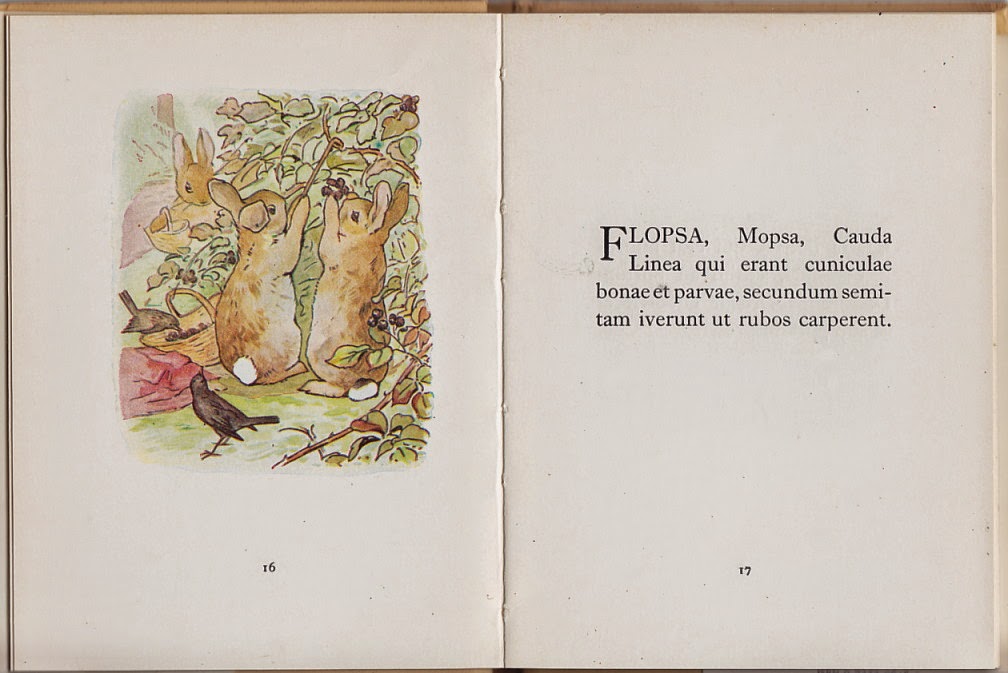 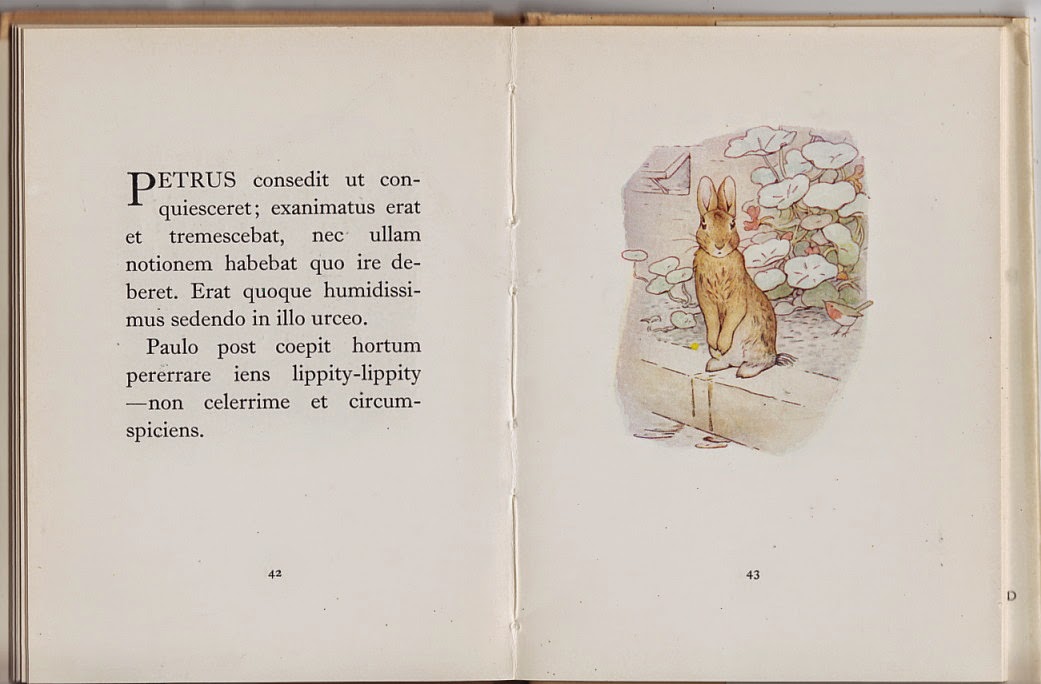 Whatever happened to Norman Stanley Fletcher? 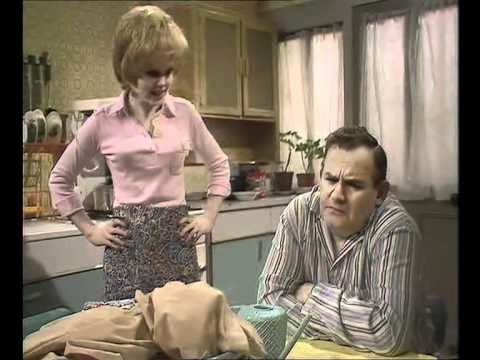 The other day Mr SDS picked up a DVD of the British TV comedy series 'Going Straight' from a charity shop in town.  We decided to watch one episode of it each evening before passing it on to a new home, and we've just finished all six.

I remember when it was first aired, in 1978, and being interested to see this follow-up to the much-loved 'Porridge', which really was a staple of the British sitcom diet in the '70s.  The now ex-con Fletcher, played by Ronnie Barker, was the star of 'Going Straight' which also featured his young cell-mate Lennie Godber.  This, I have to say, was a bonus for a teenage girl who had the hots for Richard Beckinsale...

In this short-lived series (sadly a second was never to be, due to Beckinsale's early death), both Fletcher and Godber have been released from prison and have vowed to stay away from crime, with the unerring support of Fletcher's sweet, toothy daughter Ingrid (played by Patricia Brake).  Ingrid just happens to be going out with Godber too.  Fletcher's gormless son Raymond also makes an appearance, providing an early role for Nicholas Lyndhurst.  Each episode's storyline is surprisingly heartwarming and relatively simple, but what really works about 'Going Straight', just as with 'Porridge', is the dialogue.

Scriptwriters Dick Clement and Ian La Frenais are such masters in the art of writing dialogue which is not only funny but frequently reflective.  Their characterisations are never one-dimensional, but are full of natural and believable human contradictions, conveyed with intelligence and just the right degree of emotion.  They toy with words in puns and double-entendres, with rich vocabulary and playful turns of phrase.  Whilst gentle in tone, nothing is dumbed down and poignancy and pathos sit happily alongside more obvious comedic and farcical moments.  As in other Clement and La Frenais favourites like '(Whatever Happened To) 'The Likely Lads' and 'Auf Wiedersehen, Pet', we feel as if we know the characters through their conversations alone, and we root for them, warts'n'all.

I don't know whether a comedy series like this, 'Porridge', 'The Likely Lads' et al would get commissioned now - they might seem too mild and too wordy... and perhaps a large part of their appeal is that they can't be separated from their respective eras.

Passing references to punk and Margaret Thatcher place 'Going Straight' firmly against its 1978 backdrop and tiny details evoked memories for me that shocked me into realising just how long ago it was.  Ingrid's elasticated belt with little metal clasps (I'd forgotten until now that I had one too), the Probation Officer smoking at her desk and offering Fletcher a Rich Osborne biscuit, the wallpapered kitchen and those net curtains made up of oval-shaped holes...  Looking at the décor and fashions now it really does seem ancient.  Then again, I guess I am too: in 1978 I was going to my first proper gig (Siouxsie & The Banshees) and choosing the subjects I'd be doing for 'O' Levels the following year.

I'm dog-tired and uninspired, no chance to blog, too much slog - the kitchen will be bitchin tho' right now there's no wow, it's just a bitch... that's the sitch.

But I'm not shirking, no, I'm working, like a dog. Dog-tired dog. Perhaps that should be, because I'm a she: bitch-tired bitch?  Is that a bit rich or (natch unlike me) un-PC?! 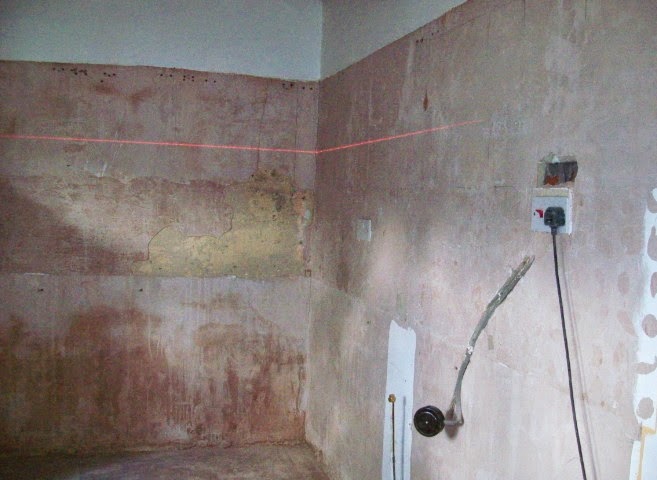 Email ThisBlogThis!Share to TwitterShare to FacebookShare to Pinterest
Labels: Never again will we renovate the kitchen

After a tense week so far, today started well with a conversation about Astronut. Don't know quite how we got onto it, I mean we were still in bed and had only been awake for a few minutes, next thing you know we're talking about Astronut which I haven't thought about for at least a couple of decades, if that. I'd also just stated that I hadn't been a great fan of cartoons as a kid – I was somewhat troubled by the violence in Tom & Jerry, such a sensitive child – but then I added the fateful words, “well, except for...” and found myself listing numerous animations that I'd actively loved.  Astronut was one of them, as was Deputy Dawg (where Astronut  first appeared), all those ones that were shown as part of The Banana Splits (like Arabian Nights, a favourite), The Harlem Globetrotters, Wacky Races, Marine Boy, Scooby Doo, Dangermouse, etc., etc....


As memories of Oscar Mild and his little alien friend continued to return, I got ready to go to the dentists (again) to get a deep clean from the hygienist. This may sound slightly fetishistic but I love the whole hygienist experience. Having my teeth methodically picked at and scraped and made all new and shiny.. mmm... I think it must tap into something primal to do with being groomed, like an animal. (Likewise haircuts and foot tickling. Perhaps it's just the undivided physical attention.)

The only weird thing was being talked to incessantly by a very nice but extremely chatty hygienist whilst completely unable to reply in any coherent form. An odd one-way conversation; she was babbling away about her neighbours' outrageous £34k wedding (£34k??!! - mine cost £9.50 plus two skull-and-crossbones rings and a meal for four at the Italian) and the TV programme she'd watched about the tattooed vigilante paedophile-catcher...  and all I could do was vaguely grunt with my mouth open. I tried to communicate with my eyes – opening them wider on hearing about the happy couple's chocolate fountain and giant Jenga game, and tightening them in a frown at the other tales with the obviously darker theme. All the while the hygienist's stomach rumbled in the background, right behind my reclined head; it was lunchtime. Quite surreal.

When that was over I got into the car, grinned into the rear view mirror to check for bloodstains and vowed never to eat another Mars Bar, let alone go near a chocolate fountain. 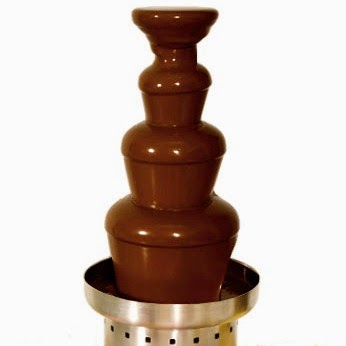 From there it was on to B&Q to buy paint and to hear the strange cut-price versions of popular songs piped out into the aisles that make me laugh every time. They always seem to choose songs whose originals have idiosyncratic vocals which just emphasises the ridiculousness of the copies. We often wonder how much they must pay these session singers and musicians to record these covers – is it really cheaper than paying for royalties and PRS licences or whatever it is the originals demand? Today 'Rock The Casbah' got this odd, passionless treatment. Serendipitously, as we got back into the car with a big tin of undercoat and put on the radio, the Clash original came on and all was well again.

Later I walked down to the Co-op to ask if they could spare some old cardboard boxes (we're emptying the kitchen at the weekend in readiness for new units. It'll be like moving house, looking for the bottle-opener and a can of baked beans in the depths of chaos.) I stopped a young lad as he went about his business and gave him my warmest, twinkliest smile. I do believe I was flirting, ever so slightly. It seemed to work and he couldn't do enough for me, running about looking for suitable containers: I'll see if we have anything a bit bigger... and... Will this be OK?... and...Are these enough? “That's brilliant, thank you ever so much” I said as I tucked the flat Doritos boxes under my arms and beamed at him again. Anything to show off my sparkly clean teeth, after all.
Posted by C at 23:35 15 comments: