Something has bit me

It must've looked quite bizarre -  I was walking up the hill yesterday afternoon when I suddenly stopped, bent over, grabbed my calf and even let out a yelp – but I was in such pain and shock! It was as if someone had stuck a red hot needle into my leg. I rubbed it through my jeans but it just felt worse... awful... searing...  Don't believe I've ever felt such an intensely sharp stabbing sensation, worse than a wasp sting. Then I think I saw something drop out from under the hem but I didn't even consider checking what it might be, just had to get home as quickly as possible, panting.

Every rushed step made me wince and the burning feeling was spreading up my leg making walking even more painful too. What on earth?!

I was so relieved to shut the front door behind me at last – had to get my jeans down asap – could hardly pull them off quickly enough! There was a small red, raw mark on my calf, and a circle of inflamed skin rapidly expanding around it. Quick – Google search – insect bites...? Spider? False widow...? What to do!

Must admit I was a bit concerned when the prickling pain didn't stop after several hours (although it started to feel oddly quite nice after a while, you know how some can) and the inflammation got to about 4 inches across.  But by the end of the night it began to subside, so it seems no harm done. Now, just slightly red but not hurting any more, it looks as if there are tiny bite marks in broken skin. Still not sure who the culprit was but if it was a spider trapped in my jeans - the "dreaded" false widow? - then we walked together in very close proximity for an hour or so before it decided to sink its fangs into my flesh (and these jeans are tight!).  I'm checking / shaking all clothes before I put them on in future...  Or maybe it was a horse fly, which flew up my leg as I walked along?  Bicycle clips could come in handy.

Bit peeved though, to be honest: (a) I was just coming back from having done a good deed when it happened and (b) I'm always trying to give spiders/creepy crawlies some positive PR, endlessly saving them from death-by-hoover/drowning/flattening, etc. and this is how I'm thanked...  Does Karma really exist?!

I hope I haven't made you anxious about biting critters now; here's a song to cheer you up if so.  I found myself singing it last night (with slightly tweaked lyrics).

Email ThisBlogThis!Share to TwitterShare to FacebookShare to Pinterest
Labels: bite, insects, nature, something has hit me, the action

It was quite by chance that, last night, I ended up watching most of the BBC2 documentary about Ted Hughes ('Stronger Than Death' available on BBC iPlayer here.)   It wasn't even something I'd considered tuning into, but within seconds of stumbling upon it I was completely drawn in and stayed.  I really love it when that happens.  It's the opposite of disappointment, when something's not even on my radar but then ends up registering quite deeply, it's when I learn things that I didn't even realise I wanted to know, and I didn't even have to try.  So my interest in Ted's life and work was piqued and I spent an hour after the programme had finished avidly reading about him - and Sylvia Plath - topping up what little I knew about him previously.

I have an uneasy, ambivalent relationship with poetry in general... difficult to explain... but I veer between viewing it, on the one hand, as being an indulgence for the pretentious, the over-romantic and the angsty, yet on the other hand, if I just let it in, appreciating what can be moving, inspiring, beautiful, funny.  I suppose some prejudices came from reading crap poetry posing as something else, and from witnessing the sort of protagonists who lack a sense of humour.  Maybe I'm from a generation which finds it easier to accept poetry in the form of a song lyric. But when I was a child, when I had no concept of any kind of pompous approach to it, I loved poetry...  I loved my poetry books: Robert Louis Stevenson's A Child's Garden Of Verses, Spike Milligan's Silly Verse For Kids, T. S. Eliot's Old Possum's Book Of Practical Cats.  I never had a Ted  Hughes poetry book, although we did read his novel Iron Man at primary school (alongside such classics as Stig of the Dump by Clive King) and I found it quite hard-going... maybe it was just a bit scary for me.  Perhaps I should re-visit it.

At primary school we also read and enjoyed the poetic works of Eleanor Farjeon, Edward Lear, Adrian Mitchell,  Hilaire Belloc and Christina Rossetti (with the added bonus of many of them being illustrated by Edward Ardizzone and Edward Gorey, whose art I still adore).  Then we'd have to write our own poems about Autumn and favourite pets, etc. and we learned that they didn't even have to rhyme, we just stretched our imaginations out to their furthest points, then edited them into short lines.  I loved it.   I loved the way a well-chosen combination of words could convey so much, could change things, like a kind of alchemy - and I thought one day I'd like to be a poet too.

Anyway, I found the documentary fascinating and thought-provoking.  There are some candid and touching insights from Ted and Sylvia's daughter, Frieda, to whom I warmed immediately, and interviews with friends and associates which were enlightening. Plus, it reminded me to keep being true to what I feel deep down, and that is: not to dismiss the poetic just because, sometimes, it might seem a bit poncey. 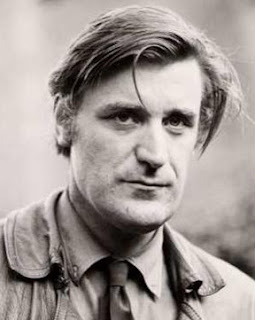 Excerpt from 'My Brother Bert' (for children) by Ted Hughes


Pets are the hobby of my brother Bert,
He used to go to school with a mouse in his shirt.

His hobby it grew, as some hobbies will,
And grew and grew and GREW until -

If you think that's really not such a scare,
What if it quarrels with his Grizzly Bear?....

In a room with dark walls and long, purple, velvet curtains, the high chandeliers emitting only the dimmest glow from above, I was a voyeur. It was warm, and in the background slow, hypnotic music played, as I peered at the objects of desire in all their leather, fur, jewels, ribbons and buckles... out of reach... untouchable. Sex, seduction, submission and power were recurring themes throughout. Pleasure and pain.

Not just any old shoes. Well, some old shoes, yes.... shoes that were centuries old... others which looked like cars (complete with tail-lights, the Pradas worn by Kylie), fairytale slippers (including Cinderella's glass Swarovski one created for the recent Disney film) and tiny, tiny Chinese shoes to fit women's feet that had been bound so as not to exceed the “ideal” length of 7cm. 7 cm!

The lovely V&A, one of my favourite places in London, is hosting a fascinating exhibition – Shoes: Pleasure and Pain. I'm sure I wasn't alone in wanting to visualise the original wearer of the knee-high red leather boots, with 40 pairs of lace holes threaded with gold braid, lined in silk, so curvily shaped to emphasise her slim ankles and sensual calves. She would have been wearing them nearly a hundred years ago.

Other pictures formed in my head on seeing the Christian Louboutin/David Lynch collaboration, the ultimate in fetish shoes. Like ballet pumps with heels which bent round so they were parallel to the base of the shoe, these were made to be...

impossible to walk in, so that

the wearer of them

And they were designed to be viewed from behind too.... their soles are completely transparent.

A picture is forming in your head as well, isn't it? It's difficult for it not to, I know.

Men's shoes too: I wouldn't want anyone to think this was a show that could only interest women. Glorious 1950s winkle-pickers with impossibly pointed toes, biker style boots with straps and buckles (which I noted were from Shelly's... a place much frequented by my friends and me in the '80s).  High-heeled and fancily decorated in beads and studs were the boots worn by those most rugged and macho of men: cowboys. Glam rock platform boots and jewel-encrusted mojaris worn by Indian royalty 200 years ago defied gender stereotypes too. If you've any interest in history, design and society, you can learn a huge amount just from looking at shoes through the ages and, like so many things, they're a reminder that much of what we think of as 'modern' has been done before - long before.

I knew I'd be on foot most of the day, and have to jump onto tube trains and walk down busy streets, so I wore some comfortably worn-in zipped ankle boots. The chunky heels are wearing down and the toes are square. But it was obvious from the display I saw that, throughout history, the most significant and desirable footwear is, of course, not actually meant to be walked in.