A Merry Christmas to you...

Can't believe it's nearly here -  time to break out some seasonal piccies.

I do love the beautiful work of the artist and designer known as Erté.  Born in Russia but moving to Paris in the early 1900s, he became known for his stylish visuals in many fields - not just illustration but also fashion, jewellery, theatrical set and costume design, and interior decoration.  What a talented man.  Seems quite a character too, if you ever get chance to read more about him.

So here are a few of his gorgeous Christmas designs  - such fantastic graphic style...

Wishing you the best one possible in these crappy old times and here's to better days for everyone 'soon'.... 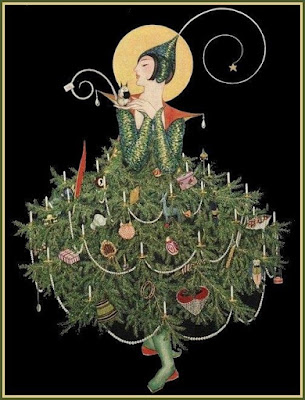 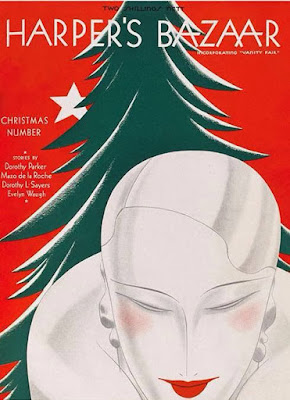 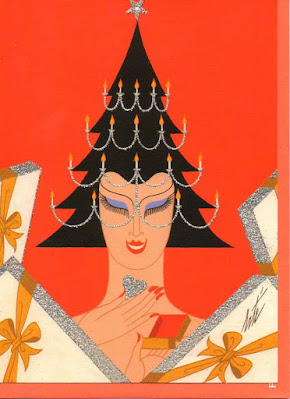 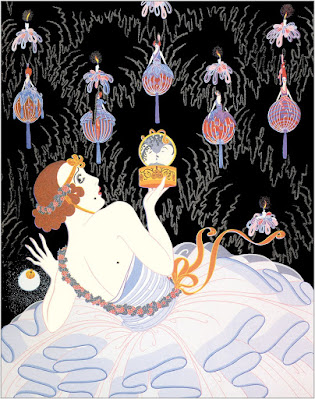 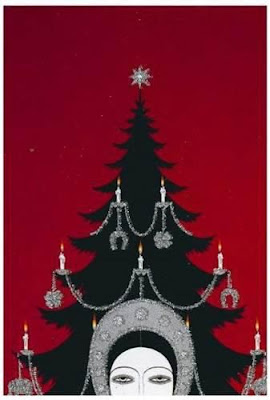 And here's the man himself (looking not unlike Dave Gahan / Marc Almond!) 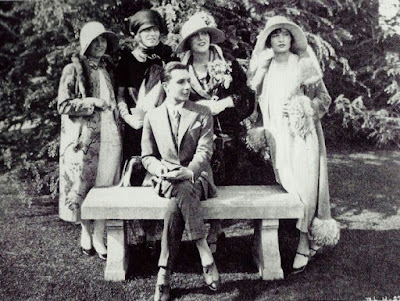 Little scraps of paper abound in my Shedio, where I work all day with only the radio for company.  Scrawled words on torn off corners, hurriedly written, barely legible in magenta or turquoise or 2H pencil or whatever’s closest to hand.  All sorts of apparently random words and names.  Maybe they look like coded messages to a stranger’s eyes, yet to be deciphered, but once revealed they will disclose a dangerous secret.

I mean, a note I made just last week scribbled in purple diagonally across a ripped sheet reads:

Of course, I'm just being a fantasist, this is nothing as intriguing as a secret code, but for me it does point to something exciting.  My frantically scribbled notes (I'm very analogue!) are all aides memoires for songs I hear which make my ears prick up (I’m sure they actually do, like a cat’s, if only you could see them).  Songs that make me stop what I’m doing, artists who definitely warrant further investigation.

A little further investigation reveals that the artist in question here, Iraina Mancini, is a singer, actor, radio host, model and DJ, born into a musical family – her father is Warren Peace, a childhood friend of David Bowie, who also co-wrote songs with the great man and provided backing vocals for him.   Oh, imagine having a dad like that!

Iraina has already written her first solo album, but sadly there’s not a lot to hear from her out there just yet, however ‘Shotgun’ is her latest single release and I really hope it stops as many other people in their tracks as it did me the other day...  I think it’s gorgeous - sultry, darkly sensual and cinematic.

It probably comes as no surprise on listening to this to read that Iraina’s musical inspirations include French ‘60s cinema and Ye-Ye, Northern Soul, Serge Gainsbourg, and psychedelia... (right up my street!)