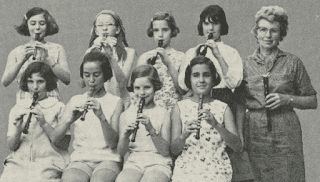 Well, I couldn't resist one more post for this year...

It's just that we were watching Coronation Street the other night and the subject of Christmas carols came up; the lads at Webster's Autocentre were discussing which was their favourite. “So what's yours?” I asked Mr SDS (turns out his is that melancholy-sounding one O Come O Come Emmanuel) and from thereon we tried to remember the tunes we'd learned as kids and got them all mixed up. I mean, can you tell the difference between Hark The Herald Angels Sing and Once In Royal David's City, or are they the same melody? They seem interchangeable...  But as we mumbled our way through the first bars of Away In A Manger, strong memories were evoked.  These songs have endured since early childhood, learned in my first year at school and forever with me in spite of a lack of religious belief.  I wish I could say they conjured up cosy festive scenes and perhaps the taste of mulled wine, presents round the tree, the smell of woodsmoke – any nostalgic Christmas cliché you care to choose – but my associations are, unfortunately, quite unpleasant. Silent Night, O Little Town of Bethlehem... name any carol... and they evoke just three things (not kings): fluorescent striplights, a nervous knot in my stomach and a big puddle of vomit. And the vomit has pinky-purple chunks in it like diced beetroot, eww!

It was only one night but it sticks. The fluorescent striplights: being inside my primary school after hours in Winter. It was wrong, somehow - wrong to be in the school hall when I'd normally be at home watching Nationwide and Z Cars but it was my first Christmas concert and I had an important role playing my recorder. Being at school during the evening was surreal too: the smell of floor polish, the coolness of the plastic chairs, the big patterned curtains at the side of the assembly hall stage – all so familiar between 9am and 3pm, yet it was as if they took on a different importance and somehow seemed less friendly when exposed under a new night-time role. Harsh lights seemed harsher.

The nervous knot in my stomach: ugh, performing! In front of parents and teachers – an audience! This was major stuff for my nine-year-old self. Major. The sort of thing that would worry me so much I'd have sleepless nights.

I think Ben must've felt the same because, the afternoon of the concert, just before home-time, we were sitting opposite each other in the classroom, only a couple of feet of floor between us, when suddenly –absolutely no warning – he threw up violently and copiously right in front of me. I mean, it landed at my feet. And all I could see (and still can) were those peculiarly coloured lumps of whatever the hell it was. That smell of sick, followed swiftly by the smell of Dettol, lodged itself in my nostrils. Then I had to go home and eat my tea (but I couldn't, because all I could think about was Ben's vomit, such was my trauma), as the nervous knot in my stomach grew larger by the second, before going out again to perform God Rest Ye Merry Gentlemen on my recorder to scary grown-ups under harsh fluorescent striplights.

That's what Christmas carols evoke for me (it was a long while before I could eat beetroot again too - and I will never ever dice it.)

To blog or not to blog

I haven't been in a very bloggy mood lately so I may stay subdued for a bit (mind you, having now said that, there's always the chance I'll be unexpectedly overcome by a strong urge to do exactly the opposite. We'll see...)

But life has been bizarre lately; I've met some interesting people and had quite an extraordinary, exciting experience, yet it's also one of the saddest and most distressing periods I've lived through in a long while, as I witness the deteriorating health and cognisance of my dear friend and try to come to terms with it all. Both the ups and the downs, even just within the last week, have been somewhat extreme. Part of me wants to talk about it more, but part of me doesn't, so for now perhaps it's best just to be quiet!

I'll still be dropping by all the usual much-loved places whenever I can - so I'll see you there, if not here!

It is right it should be so:
Man was made for Joy and Woe
And when this we rightly know
Thro the World we safely go

Email ThisBlogThis!Share to TwitterShare to FacebookShare to Pinterest
Labels: life

I was greeted by a most beautiful face this morning.... 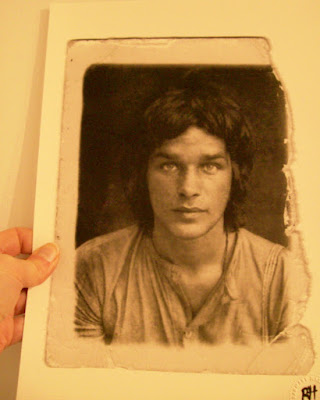 You may have seen him before here 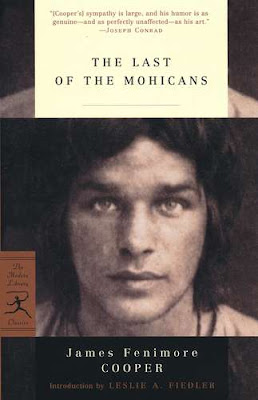 This gorgeous image, the subject of which could so easily have been one of Edward Curtis's models, came courtesy of photographer Barnaby Hall.  Thanks to a wonderful charitable initiative and Mr Hall's personal generosity (thank you!) in donating it, I was so delighted to receive this print in return for a small contribution to Artworks For Aid, who are raising money to help refugees at the 'Jungle' camp in Calais, a cause which I am very happy to be able to support.

I am mesmerised by those clear, expressive eyes - the kind of eyes that could make you fall in love, without the need for words, the kind of eyes that prompt so many questions:  who were you?  what kind of life did you lead?  what were you doing that day... maybe 100 years ago? So I looked it up - by which I mean looked up the artist Barnaby Hall - to see if I could find out more about how this young man's enigmatic and quite haunting portrait could feature in his picture.

He IS Barnaby Hall!  The shot is an old passport photo of the man himself, taken by a street photographer in Brazil, from about 1971.   Am I allowed to fall a little bit in love with the face of his younger self?!
Posted by C at 23:53 12 comments: