Fur coats were mentioned in the comments in my last post.  That's an issue for PETA (People for the Ethical Treatment of Animals), major campaigners against the killing of animals for their fur. Sounds like a worthwhile cause to me and one I believe in, but as an animal welfare supporter I must say I don't think PETA have done themselves any favours in general with a recent story that's made the news.  Have you read about Ye Olde Fighting Cocks?  If not... it's a pub in St Albans, one of several laying claim to being the oldest in England; I've been there a couple times some years ago and seem to remember eating a 'Johnny Appleseed' (cheese and apple) sandwich, sitting at an ancient wooden bench under its low oak beams, all very traditional.  In the 18th century it was, as you'll have guessed, the venue for cock fights.  PETA have now written an open letter to the pub requesting that it changes its name to better reflect modern sensibilities and to encourage an end to the association of chickens with such a cruel sport, and they've suggested the new one should be 'Ye Olde Clever Cocks'.

I'm sure you'll agree that even the most sensitive of animal lovers (of which I am one) can actually cope with the idea that a pub might be named after something so abhorrent without bursting into tears.  You know, like it or not, it's our history.  We can deal with it.  We can't pretend it, and all the other horrors of our pasts, didn't happen, and make the world all fluffy and cuddly, censoring the most tenuous references in order to protect our delicate feelings.  Pub names are part of our heritage, just like the traditional folk songs and fairy tales which form part of our culture and which also tell tales of cruelty and sadness.  Anyway I'm sure most of us would prefer PETA's efforts to be focused on the real, current causes and not to make themselves look silly with stories like this one.

Still, it did get me thinking about pub names in general. Here in my village we have eight pubs.  There are several animal names here - a Bull, a Hare, a Black Lion and a Swan.  (Our own Cock & Bell was also a venue for cock-fights.)  The most unusual name I've come across in the area is the Bees In The Wall near Cambridge.  Most of them are Kings' and Queens' and Saracens' Heads... alongside Carpenters' and Bricklayers' Arms, Robin Hoods and George & Dragons...and all those exotic red, black and white lions.  Although, I've yet to see a gold one! Email ThisBlogThis!Share to TwitterShare to FacebookShare to Pinterest
Labels: 1981, photography

Who hasn't, at one time or another, imagined what it might be like to be small enough to crawl through a cat-flap? 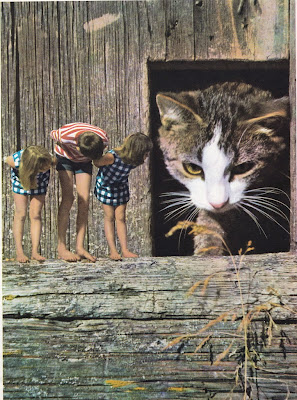 And do other fantastical things. 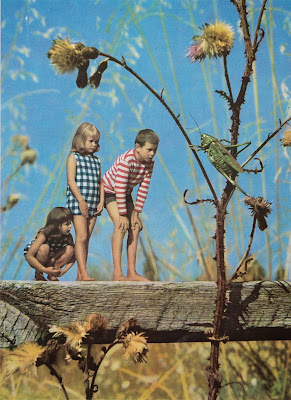 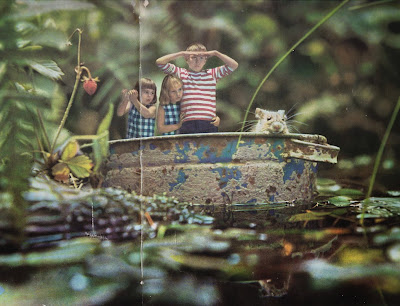 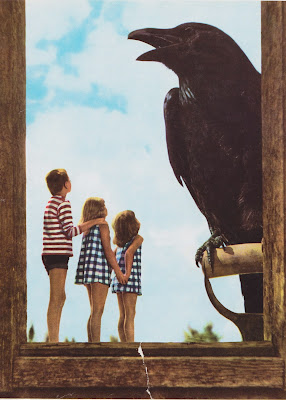 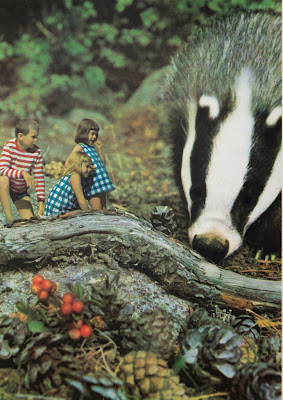 I bought this book a little while back, it's nearly 50 years old.  Lovely stuff. 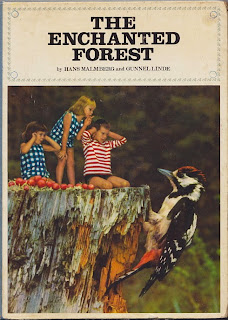 The Enchanted Forest by Hans Malmberg and Gunnel Linde 1966

Supergrass and a pet plant

I worked in an office once which had a drinks machine where, to get your beverage just the way you liked it, you pressed a sequence of audible buttons. So there was a choice of buttons playing different notes for coffee, tea and so on, and another set of them for number of sugars, another for degrees of strength, milkiness, etc. - you get the idea.  These are probably very familiar to everyone but it's such a long while since I've been near anything that can make me a drink and which doesn't also look like my husband so please forgive my explanation. Anyway, I loved ordering my sugar-free cappuccino with chocolate on top because pressing the buttons in the required order on this particular machine provided me with the additional pleasure of hearing the opening bar of Supergrass's 'Going Out'.  Or so it seemed to me.  Dah-dee-dah-dee-dah-dah... yep, definitely a sort of Casio version of  'Going Out'.   I think it was in the charts at the time.  I pointed this out once to the colleague waiting behind me for his cup of tomato soup (moderately lip-scalding, powdery lumps) but he didn't seem to know what I meant; I don't think Supergrass were his thing.


Anyway I was thinking about this today... the song and the band... because I had another Supergrass track going through my head and you know how these trains of thought go. The song I had on repeat today was actually 'Moving'. Moving, just keep moving... the words kept going round and round... actually it never got beyond that line.  And I had these lyrics in my head because I was admiring a house plant... I know, it sounds just as ridiculous as the drinks machine thing. Supergrass obviously move in mysterious ways. But it was another one of those trains of thought, because the plant does move, and she does just keep moving!


This has given her a strange kind of animal-like quality and I've begun to think of her as a pet.  Here she is in the morning: 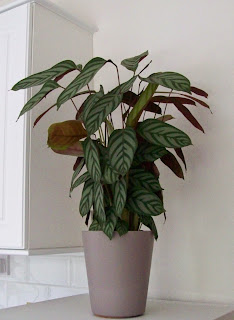 And here she is at intervals throughout the day: 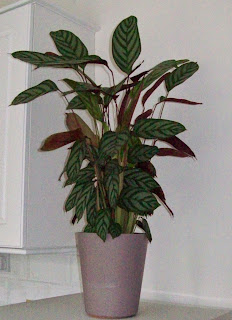 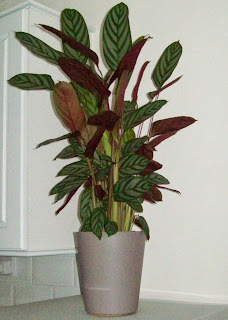 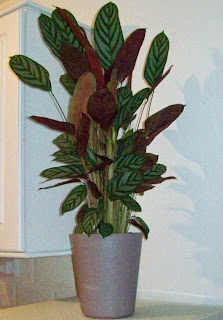 If you look closely at the leaves, like you're doing a spot the difference puzzle, you'll see how their angles have changed in each pic, until at night they're pointing as upwardly as they can. This is all new to me because I have a shit track record for looking after houseplants successfully (even supposedly indestructible yuccas have died in my non-green-fingered hands) and so this is the first indoor one I've dared to bring home in a very long while.  However, I'm pleased to report that she is currently thriving. Maybe she likes the music we play... ?

In the event that you're remotely interested, here's a time-lapse video of another Calathea plant, moving in the same way.  I bet they have a really hi-tech drinks machine in this office too.