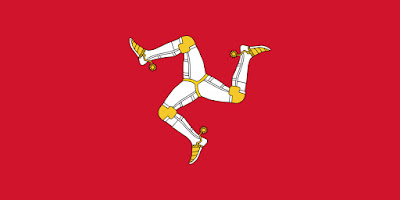 I have a theory that the first conversations one has on waking up are the truest indicator of your real state of mind. You know, before all the other stuff kicks in, when your brain is still freewheeling, your thoughts still oblivious to the baying hounds of things-you-must-do. That must be how a relaxed chain of topics, taking in the film ‘Scum’ and Mike Leigh plays, led us to an unexpected conclusion this morning.
All I’d said was, “Oh, and do you remember ‘On The Move’ with Bob Hoskins, and that other bloke, I can’t remember his name…”
To which Mr SDS replied: “Yeah, what was he called?  Tall, thin, strong nose…. he was in Dr Who too. And on the subject of removal men: Coo-ee, coo-ee Mr Shifter! Light refreshment!”
“What?”  It didn’t mean anything to me.
“You know, the PG Tips ad with the chimps. Irene Handl did the voice.”
“Hmm, not really, remember we didn’t watch much ITV in my house… “
“So middle class!”
I know. I’m pretty sure I shared this mostly ITV-free childhood experience with Tracey Thorn, which always makes me feel a bit better. But we must’ve watched it sometimes, because:
“ I do remember some of those ads, though, with the chimps. I didn’t really like monkeys as a kid. Well, I didn’t like monkeys in clothes," I shuddered.  I recall a couple of the PG Tips commercials, but not this Coo-ee Mr Shifter thing.
Anyway…never mind that, there are more important things and I needed to correct myself. “Erm, but chimps don’t have tails, do they? So they’re apes aren’t they, not monkeys. Only monkeys have tails," I continued.
“Yeah - chimps have those bob things”
“Like little nubs?” I asked. (I do like the word ‘nub’).
“Yes, little nub/bob things - like Manx cats. I used to think Manx cats only had three legs too”
“Ha, you were just thinking of the Isle Of Man flag”
“Yeah, Manx cats: no tail and three legs”
I’m picturing it now. “They’d have to be sort of triangular. But what would the configuration be? Two legs at the front, one at the back? Or like the wheels on Del Boy’s van – one at the front, two at the back?
“Two at the front, one at the back.”  Mr SDS was clear about that.
But so was I.  “No!  It’d have to be one at the front, two at the back, so that they could jump.”
At which point we dissolved into unhinged laughter and I realised that lockdown life has most definitely taken its toll.
(But, erm.... what do you reckon, where would the legs be?)
Coo-ee, coo-ee Mr Shifter!
Posted by C at 12:13 14 comments: