Oh, I do love an interesting face!

What is it about some faces that just draw you in? Especially when they’re not conventionally beautiful.  I must stop inadvertently staring at people…. I forget where I am sometimes and find myself becoming preoccupied with the features of strangers – men and women, young or old - on trains, in waiting rooms, at the local curry house – one of these days it’s sure to land me in trouble.  (Maybe the wearing of face coverings is good thing in that respect too right now...)

How would I explain myself?  “I was just admiring your extremely large nose” or “I can’t take my eyes off your luxuriously bushy eyebrows!”   It might just be because I spend so much time drawing and I think my brain has got stuck in that mode – absorbing angles and curves and proportions, kind of sketching them out with my eyes like virtual portraiture, but, hmm - how would you tell that to the target of your unwelcome observation without sounding incredibly creepy?!  It would be sure not to end well.

Thankfully I’m safe to share my thoughts on this particular face without judgement here. 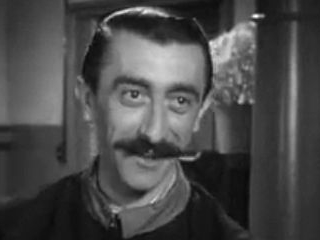 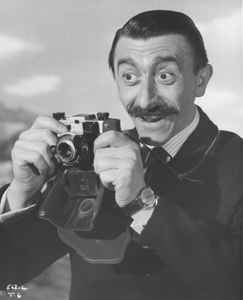 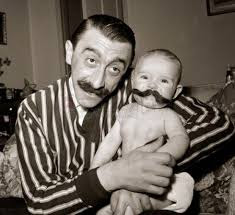 It is the wonderfully compelling countenance of Mario Fabrizi, a comedian and actor who is probably familiar to anyone who's seen The Army Game or (as in my case), when he was working alongside Tony Hancock in Hancock's Half Hour and his two films, The Rebel (I love this - see clip below) and The Punch And Judy Man.

I had to look up a bit more about him and was sad to read that he died very young (in his late thirties); in fact it would have been only a short while after filming The Punch And Judy Man in 1963 and, according to Wikipedia, his death was due to a ‘stress-related illness’.  This sounds particularly tragic and perhaps poses more questions than it answers, especially given that just a week prior to his demise he had apparently announced he would be leaving showbusiness.  I am so sorry that we could not  witness more of his talent and his marvellous appearance, both of which I'm sure would have aged magnificently.

However, and I hope you agree, you cannot help but feel joy when you see his lovely unconventional face in its prime.  It’s just so full of character.  Those laughing eyes, his long Roman nose, that slicked back hair - and that massive moustache!

"No froth?!"
(A fondly remembered Mario Fabrizi featuring alongside Tony Hancock and Liz Fraser in a brilliant scene from 'The Rebel')
Posted by C at 18:17

Email ThisBlogThis!Share to TwitterShare to FacebookShare to Pinterest
Labels: mario fabrizi, the rebel