I know, I know!  I put out a quiz and then take over a week to post the answers, terrible.  My excuse is that I've been distracted and frazzled by a work project which has had me labouring on through to late evening all week followed by some sleepless nights worrying about it.  This morning I finally decided it just wasn't worth it and have made the choice to pull out before it gets too far down the line to be salvaged.  The first time I've ever had to do that and to walk away from the biggest fee I've ever been offered, so it feels pretty bad, but I know I just can't risk making myself ill over illustrating a children's book...  Decision made and (a very carefully worded) email sent, now it's like a weight's been lifted and I can get back to more important things for a while... like the Mystery Lovechild results!

So - without further ado...

Firstly, thanks so much to all who had a go at these.  It's a complicated business trying to add up points (well it is for me), let alone giving an individual breakdown, so I'll see what I can work out later, but in the meantime here's the evidence of the guilty parties responsible for our freaky hybrids.

Kate Bush and Barry Manilow produced someone who is "strangely alluring" (to quote Rol, who guessed correctly).  Surprisingly she turned out less Hammer Horror and more Mandy.  It was just Barry's eyes, brows and nose here. 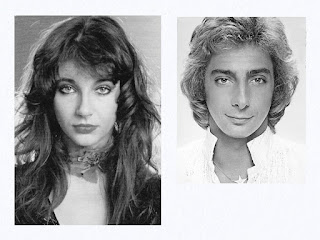 Yes, it's Beyoncé and Kanye West.  Eagle-eyed Yve warns me that "their other 'alves will not be 'appy" so we won't linger too long, but Kanye's distinctive nose and jaw make all the difference to Beyoncé here.  Well, she did sing 'If I Were A Boy'... 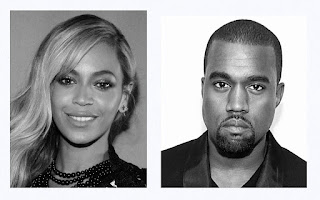 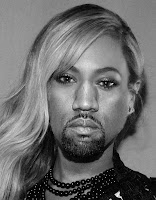 
The name Dolly Dylan has such a ring to it; I just wish she didn't look quite so much like someone I used to work with.  Indeed, it's Dolly Parton's eyes and hair, with the bottom half of Bob Dylan's face.  No matter how much he might protest with his "It Ain't Me Babe" line, it clearly is... 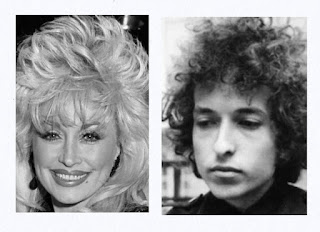 I was quite shocked at how easily these two blended.  The eyebrows are pretty much interchangeable, their noses and mouths and placement of features very similar. It's only Paul McCartney's eyes and nose (and his right eyebrow) but I think they're still pretty recognisable on Sinead O'Connor's head, as did Yve and Chris. 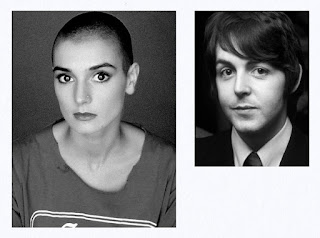 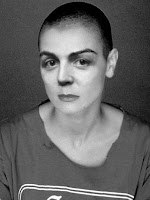 Recognising the 'big-nosed bard from Barking' here proved quite tricky (it's only his mouth, big nose and chin) but Alyson correctly identified Billy Bragg with a little hint!  Alison Moyet is more obvious - well, that hair of course... 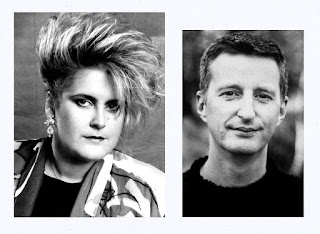 Ian Brown meets Miki Berenyi and the result is a single girl who may wanna be adored.   Definitely one for Swiss Adam who quickly spotted Ian, and I think Miki was on the tip of his tongue... 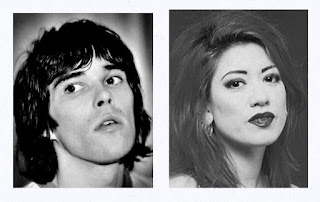 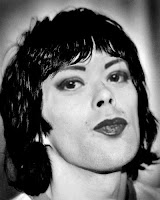 Possibly the result of too much dancing in the dark, this bearded beauty is the progeny of Bruce Springsteen and Cher.  As you all knew.  Bet she wishes she could turn back time. 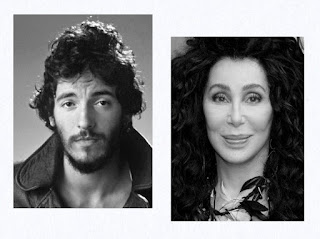 So it seems Rod Stewart's genes were easy to spot (but he doesn't want to talk about it). Less obvious was Stevie Nicks, who only contributed her eyes, nose and fringe. 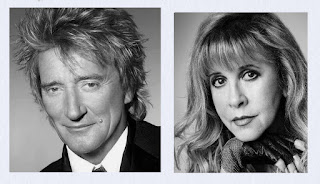 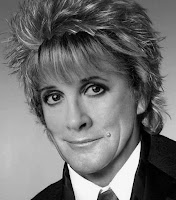 This year's model is the result of endless love between Mariah Carey and Elvis Costello... 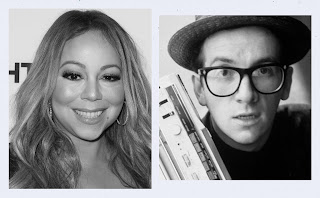 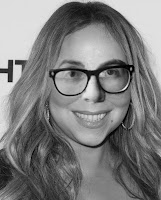 
Perhaps the last one was hardest of all.   A blend of Art Garfunkel (hair, mouth, face shape) with Dusty Springfield (eyes, brows, fringe and nose). Yve correctly spotted them after some clues, but I can see where Chris was coming from with his suggestion of Taylor Swift. 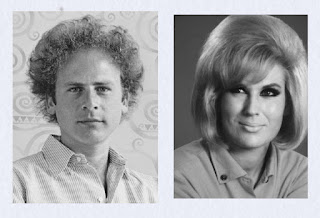 And that's the lot.  The clear winner was Yve, with a massive 17 points out of a possible 20, and then she was kind enough to create some wonderful mystery love children of her own (if you see what I mean) so that I could play along too, which was great fun for me.  Do go and have a look!  As we are both artists we have concluded that there is definitely something about the way we view people that helps us. But beware if you ever find yourself travelling on the same train as either of us, you may notice us drawing you with our eyes (not just staring in a scary, stalkery way, honest...)

Big thanks to Chris, Rol, Alyson and Swiss Adam for their answers too - lots of correct suggestions there and every mystery solved, pretty quickly too.  Far more quickly than I could get around to posting this, that's for sure.