The long hot Summers of childhood 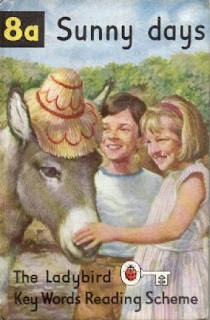 It wasn’t just that one of 1976, I’m sure.  Perhaps we’re programmed to only remember sunny Summer days and the things we did on them, because I swear that all my childhood years were absolutely full of them.  No dull, rainy July mornings linger in my memory at all.

Instead the memories are characterised by the feeling of hot black tarmac under my bare feet when I ventured out onto the quiet bit of cul-de-sac out the front without my flipflops - footwear abandoned because the soles had already cracked and split like wafers.  Hard gritty lumps of road stuck to my naked heels like chocolate chips in cookie dough, is there something masochistic about that I wonder, a tactile pleasure bordering on pain? - and I loved the smell;  how do you describe the smell of hot tar?  Kind of oily, burnt-toasty, strangely satisfying.

We sucked on Ice Pops that melted so quickly you could drink the last few mouthfuls: undiluted fruity syrup so deliciously intense in flavour it almost made you wince.

There was the Summer gang - 1973 or ’74 perhaps.  Jill, Liz, Richard and me, rolling down grass hills, riding our bikes over home-made ramps of splintery planks, jarring our wrists on landing and carrying on regardless.  Bouncing psychedelic Super Balls against the back of the houses for as long as we could keep it up.  Thud thud thud; wall ground hand, over and over and over, getting the trajectory just right so you barely had to move.  I loved my Super Ball, me. 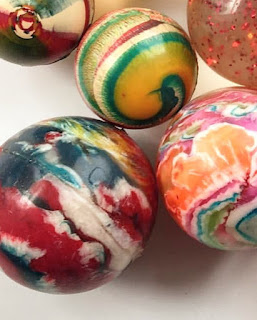 We didn’t want John to join our gang of Nerds-cum-Secret Agents.  We weren't sporty or tough in the least, we were normally pale, bookish children, but Summer meant being outdoors and uncharacteristically physical.  Liz's kid brother was too babyish, so we set a really hard initiation test.  It was dangerous, you had to jump off the high wall and land on Jill’s concrete patio, do some high-kick 'French Skipping' moves, other stuff too that we figured would test the limits of endurance for an average 9 year old.  All in a set order as well, ten or maybe twelve tricky manoeuvres which had to be remembered and successfully completed to join.  One of them might have been a spelling test - we were the kids who'd had first editions of Watership Down after all.  We met in Liz’s dad’s garage, sitting on old paint cans with dented lids or the faded deckchair sticky with abandoned spiderwebs and their previous inhabitants' dismembered legs.  It felt important and secret, even though we didn’t really have a clue what to do….  apart from setting difficult initiation tests for future members who didn’t exist.

John didn't get in, by the way.  We may have engineered that slightly.

It’s 32 degrees here today, I believe.  Just like it was every single day of every single school Summer holiday, the ones in the ‘70s that lasted for years and years.
Posted by C at 16:20