Lost for words - part one 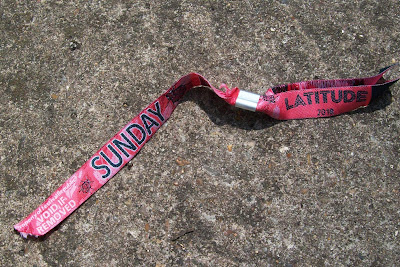 The long dusty Summer continues without let-up -  sorry for lack of posting lately – less screen time, more sunscreen time.  Work, sleep, rat-catching (no killing involved, I would never - just relocation), books, freckle-cultivation, too much Prosecco (if there is such a thing).... is that it?

Well, not completely...   I also had a fab time at Latitude Festival, which must be just about the friendliest place on earth, quite otherworldly, and where I mistook the map symbol of a Pepsi Max Drink Station for the obelisk where I was supposed to meet a friend and ended up looking for a monolith akin to Nelson's Column when in fact it was all of about four foot tall.  But it worked, it all worked, and we pals all found each other amongst the crowd of thousands.

The whole experience has taken on a bit of an Alice In Wonderland feel now, and what with all that confusion re. size – first the tiny huge obelisk and then later, when texting my location: “We’re near big fish flagpole” and the hilarious reply: “Can only see a little red goldfish on a stick”.  When does a little red goldfish on a stick become a big fish flagpole?  Or is it all just relative?  Big… or little… who knows which is which in such heady surroundings?  And who cares - you are away from the violent, screaming world and in this escapist bubble, where complete strangers offer you their pink fondant fancies whilst bass lines rumble like trains through your guts.

I was only there for one day so missed quite a bit, but loved what I caught.  I thoroughly enjoyed Sleeper who were even better than I’d expected after all these years (also prompting a new girl crush on Louise Wener who was on top form and utterly charming).  Wolf Alice also hit the spot for me; I’d been really looking forward to seeing them and especially their performance of Giant Peach during which, as hoped, they wigged-out full Hawkwind-style...

It was also the first time in a long, long while that I’ve woken up in the morning with smudged eye make-up all over my face because I was too lazy to take it off the night before.  Ooh, a long while!

But there will be far better reviews and summaries floating around and I'm happy to leave more detailed descriptions to those who do it best; for now this is just a post to break the silence and to rediscover my blogging mojo which has been AWOL for almost as long as it is since I've slept in my make-up.  Irony is that I have had a few things I’d like to write about but just haven’t been able to find the words and the energy, somehow.

Talking of lost words, though, I’ve deliberately/foolishly labelled this as a 'part one' to force myself into following it up with another post, hopefully before the Summer is out, which is about a beautiful book I recently bought, and once I can actually catch those elusive words and put them into some semblance of order they might land on these pages soon.  In the meantime, thanks for bearing with me!