Life in the undergrowth

Sometimes the things that thrill me are just plain weird and I don't know who - or what - to turn to as a means of expressing my excitement.  Inevitably, I come here.  You have been warned....

Yesterday evening I was snooping around in the garden in the hope of witnessing some interesting creepy crawly action.  I don't know quite what... woodlice fighting or spiders weaving or simply a snail munching its way audibly through a rotting leaf... any of that would've been great.  But I was rewarded with something I've never seen before, a little natural event that I found completely fascinating.  Out of the corner of my eye I just noticed this: 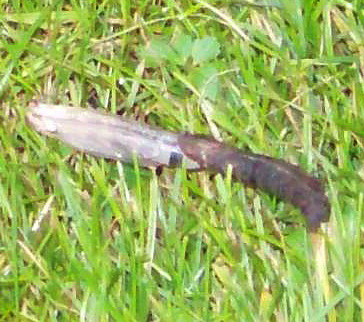 I didn't think much of it at first... it just looked like something a bird might have regurgitated, hmm.

Then I took a closer look and noticed a slight movement and I realised something really rather special was happening. 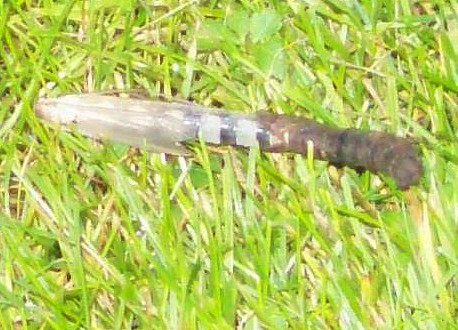 Well, something special in the world of the crane fly...!  It was emerging from its pupal casing. 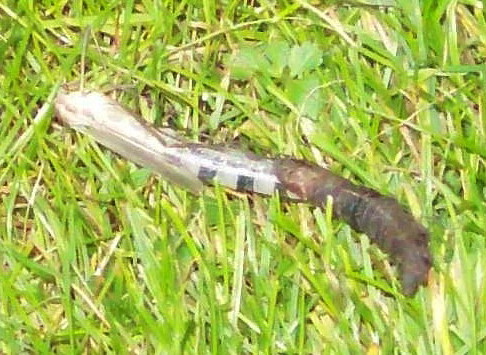 It was like something out of Alien - in slow motion.  Above you can just see its legs starting to unfold as it slowly struggles to get its whole body out of the pupal casing on the right of the pic.  Before its metamorphosis into this newly formed daddy-long-legs, it was an aptly named leatherjacket. 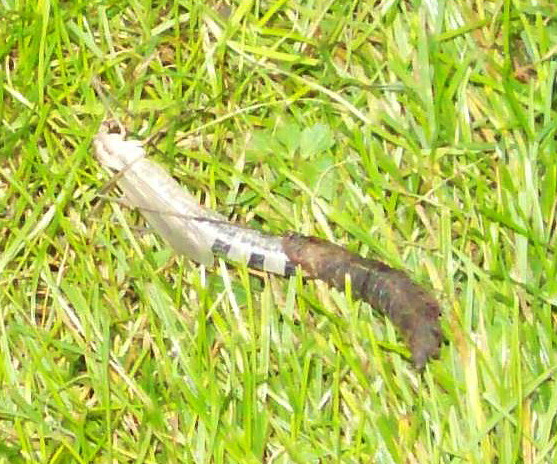 Now you can really see its legs and make out the closed wings on its back.  The stripes on its back (above) seem huge and dark, nothing like the pattern or colour we see on the crane flies that flit around our windows at night and fly haphazardly into our lights.  But during the process of emerging, this little creature's body stretches to around one and a half times its normal size. 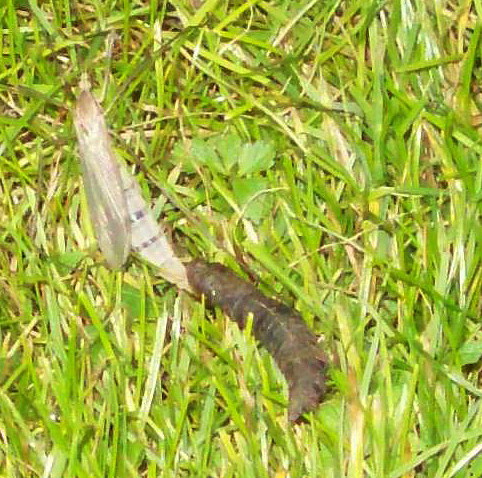 By the time it had pulled most of itself out, its body was shrinking and the stripes were already starting to fade. 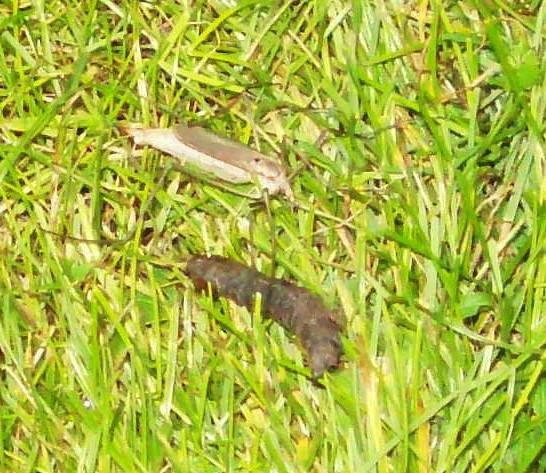 It finally managed to emerge fully, turned around and looked back at its discarded 'jacket'... 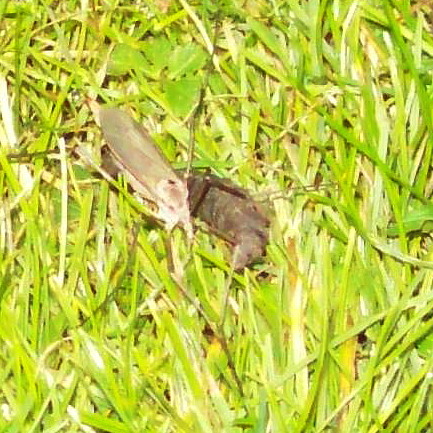 ...which it then sat on for a while.  A long while, in fact (my knees were really aching by this point). 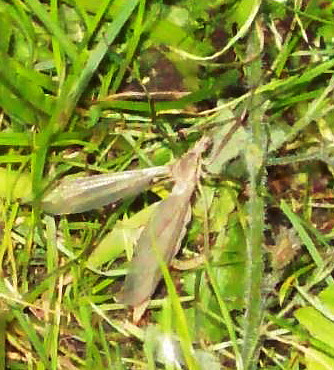 And then suddenly it went rushing off and opened its wings. I was ridiculously excited at having seen this emergence, which took about an hour or so from when I found it.  So I wished it well, and hoped it doesn't get eaten by a bird, swatted at by humans, burned by a light-bulb, trapped in a spiderweb, or have its legs ritually pulled off by a cruel child.

If it avoids those hazards it will live for a week or two, in which time it doesn't even need to eat...its sole purpose in this short stage of its life cycle is to mate.  Maybe that's not so bad. 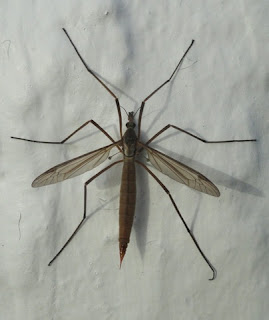