Yes, yes, you think I'm talking about myself again. Or the old woman who walks around town in her wellies pushing a pram....

Instead I just wanted to show you my new satchel, which really is a mad bag. Who could resist imagery which combines a pink typewriter with a selection of colourful birds and a couple of nests? On a bag? 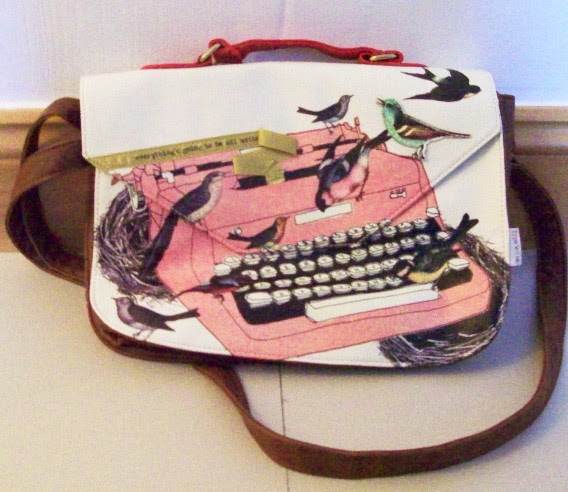 I bought it to replace my old one which also had an avian theme. 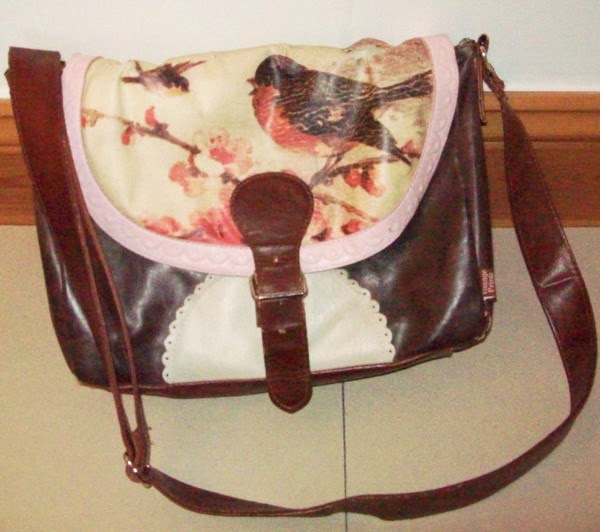 A woman I'd never met before admired it once. “I love the picture!” she said, on seeing the robin.  “But I don't like what it's made of ,” she then added in a strongly disapproving tone.  Actually, it's not real leather, it's faux leather... but I wasn't about to get into a debate about it with a woman who had clearly overdone the peroxide at one time but not recently enough to disguise her black roots.  Faux blonde?  Ooh, catty!

Faux leather eventually flakes, though; hence the need for a new bag, which is also faux, but very truly mad. As mad as a bag of birds.
Posted by C at 15:40