Something beginning with C

The other day I had the biggest laugh that I’ve had since, oh, I don’t know when  (well, actually I do: since reading your comments on Chas’n’ a multitude of Daves, if you refer to the previous post…)  Anyway, I laughed aloud - a rare thing - when I read an email from a friend whom I respect and admire, in which they called me something beginning with C.  And I don’t mean my name.  Nor do I mean Chipmunk, Cherry-pie, Coo Ca Choo or anything else similarly Cute or Cheeky.  No. You know which word I mean.

It made me laugh because it was so out there and unexpected, and at the same time I was actually strangely honoured that someone felt so relaxed with me that they knew I wouldn’t take offence; in fact, quite the opposite.  I found it so funny and so outrageously perfect in the context (i.e. playful) that it had the best impact it could have had.  And it’s just one word.  What power!

It’s still a kind of last resort word, isn’t it? Still the one we rarely hear on TV and then only with a salutary caution beforehand about the “VERY strong language”.  It’s that ‘VERY’ which is the clue now, and we can take it from that emphasis that they don’t mean shit or piss or even fuck; the days of being pissed off at some fucking shit on TV are no longer worthy of warnings.

Thing is, I don’t mind the word, although I fully understand why it makes a lot of people uncomfortable.  I’ve thought for a long while that it’s a shame in many ways that slang for female genitalia is considered one of the most derogatory and pejorative in the English language, but then I suppose you could apply the same logic to a number of swear words.  I mean:  I’m quite partial to 'fucking', 'cock' and 'bollocks' in the right context (and you can take that any way you like ;-) )   I suppose the key is not to take any of it too seriously.  But the friend who used it to describe me, with the greatest respect, affection and (I imagine) a wicked gleam in their eye, also suggested that the word we're discussing here could be reclaimed in a totally different light.   How about if it replaced expressions for good things?  They proposed that it could be (and I quote) “… installed in urban slang as the new "legend!",  "dog's bollocks" "awesome!" or "sha-mazing!".  A brilliant night out at Kailee's sleepover would become "Mum, it was a right good ----" as would "A full English breakfast - that's just the ----!"

I’d join the campaign for its reinvention, although I do occasionally like to use it in its insulting role purely because of its current place in language - when you need something which goes that bit further than ‘wanker’ or ‘shitbag’ or ‘dickhead’.  I think the fact that it's only one syllable gives it clout too.  Phonetically it’s such a hard word:  blunt and consonanty.  When I use it in that way I am a million miles from thinking about its true definition.  But yes,  I do like the idea of changing its usage into something far more positive.  I think we could possibly slowly alter its application insidiously and virally over time, in the way that language constantly evolves and words like 'sick' and 'gay' have developed into different things over recent decades.  Every now and then, in emails, texts, blogs and conversations, we could just drop it in, casually, but positively, as if it's nothing unusual.  And I give you my blessing if you wish to use it in a comment here, as long as you mean it nicely, of course.

My only problem with that idea is that I still think we need one striking, extra-strong profanity that we can resort to when we want something powerful and extreme if we’re angry, an expression to shock when we crave some extra weight.  If it isn’t going to be that word, then what could it be? 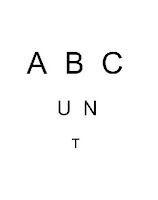 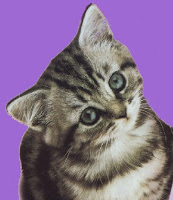 Email ThisBlogThis!Share to TwitterShare to FacebookShare to Pinterest
Labels: language