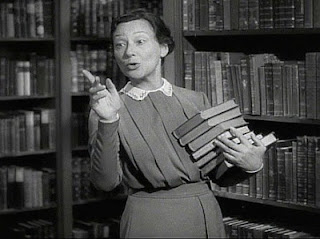 The resemblance is uncanny

I wasn’t sure what to make of Mr Parsons at first.  One thing I could rely on was that he would come in to the library, where I worked every Sunday, at exactly the same time each week.   Another thing was that he always wore a long grey mac, no matter what the weather, and spent an hour or two using the internet on the library’s one public computer, taking brief breaks to pick out books about war.  There were days when he was almost the sole visitor; the place was so small and quiet that it only needed one member of staff there at a time, so it could be lonely.  For a few years I was its ‘Sunday Girl’.

First impressions of Mr Parsons being a slightly creepy old man (he did have a habit of glancing furtively at the area between my collarbone and ribs when talking to me) were soon replaced by the realisation that he was rather nice and completely harmless.  We had some interesting, intelligent chats about language; he was a retired English teacher.  Funny how you remember odd things but he was the one who taught me that you pronounce the ‘ch’ in ‘machinations’ with a ‘k’ sound and not a ‘sh’ sound.  (At the library, I mean - he didn’t teach me at school.)  By the way, I’ve no idea what we were talking about for me to use the word ‘machinations’…   Anyway, over time I quite looked forward to him being around for a natter as the library often felt bleak on a dark Winter afternoon with no-one else about, and I was convinced there was a ghost in the store cupboard.  Mr Parsons took a bit of a shine to me but without making me feel uncomfortable; I think partly because he was very predictable.  A pleasant enough friendship developed between us and when he found out that I couldn’t take lunch breaks he started to bring me cakes wrapped in clingfilm.  My delight must have been such that he continued this habit until the day I left and each week I would be ceremoniously presented with two Almond Slices or Viennese Whirls (he must have had a thing for Mr Kiplings) which I consumed voraciously.  Bless him.

Actually, he wasn’t the only customer to let me eat cake.  Sometimes G, one of my neighbours, would return huge piles of books on behalf of his mother and stop for a chat too.  He's a lovely chap who used to own a record shop in London, helped me to rescue a dove from our chimney and once had a pet pigeon called Percy (who would sit at his feet like a dog).   When he found out I was leaving he came in to the library on my last day there and gave me an Iced Finger. It was as if I had a sign around my neck saying ‘Feed Me’…

Not that Mr Gatewood ever gave me cake.  He’d always come in about ten minutes before I was due to close up and I couldn’t help but keep glancing very obviously at my watch whilst he deliberated over the autobiographies.  He had an old-fashioned moustache and always wore a peaked cap (to this day I have no idea what his hair is like).  Bicycle clips held his tweed trousers in so that they looked a bit like plus-fours, and somehow the overall effect was like that of a Victorian gent.  I wouldn’t have been surprised if his mode of transport (which he carefully wheeled in and left in the library’s cloakroom) had been a Penny Farthing.  Softly spoken with a rather shy, almost nervous manner, it surprised me when I  found out that his nickname was ‘The Terminator’.  He looked nothing like Arnie... but his job as a Community Police Officer with a passion for dishing out parking tickets had earned him the name, particularly when it came to light that in the space of 11 years he’d issued 11,000 tickets.  His zero-tolerance approach became infamous, making local news headlines and later even prompting a Facebook campaign.  But the ridicule and resistance he met from some members of the public was like water off a duck’s back when he had his uniform on and was strutting proudly around the streets on a mission.  I have to say, he was always sweet to me but, then again, I wasn’t parking on double yellow lines.  I guess the Almond Slice crumbs round my mouth may have endeared me to him too.

Always smiling and quite often just a little tipsy was the lovely Maxine.  “Hello daaarlin’!” she’d call from the doorway as she made her slightly wobbly entrance.  “I’m sorry, I’m a bit pissed!”    The days she popped in to the library coincided with  her family’s Sunday lunches down the pub, where the wine had obviously been flowing freely.  A short, buxom blonde of a certain age, Maxine was well-known in the village and when she got a job in our little Post Office she was a breath of fresh air compared to the more staid staff we were used to. She flirted delightfully with all the customers and made her rather fussy and officious boss despair when she couldn’t press the right numbers on one of those keypad machines because her red-painted nails were too long.   But she was really on the ball and quickly learned everything there was to know about sending parcels to Outer Mongolia or anywhere else for that matter.  Everyone liked Maxine.

There were plenty of other characters too whom I won’t go into here, although it is hard to forget the pretty but broken alchoholic woman who poured her life story out to me one day and her daughter who, in spite of being only eleven, had become the responsible adult in that relationship.  Very tragically the mother was found dead in her flat just a year or so later; she was only in her early forties.  I often wonder what happened to the daughter; I hope she’s ok.

I don’t miss the job, but I do quite miss the interaction with so many different people whom I wouldn’t normally have met. There was probably enough material there to inspire a book.