My current infatuation is with the artwork of Garth Williams.

This must be one of his most well-known images… 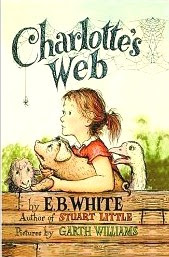 ...and his drawings inside are wonderful.  Apparently it’s the best-selling children’s book of all time, first published in 1952.  I’m so glad they’ve kept the same illustrations in various reprints.

What I didn’t realise until embarrassingly recently was that I already owned two books illustrated by Garth Williams; in fact I’ve had them for over forty years and simply hadn’t appreciated that he was the same artist responsible for that memorable work. I hung onto only a handful of books from my childhood and the reason I kept these two in particular was that they just evoked so many feelings.  The pictures took on a kind of magical quality for me as a toddler; I was captivated. 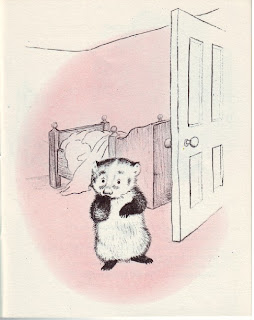 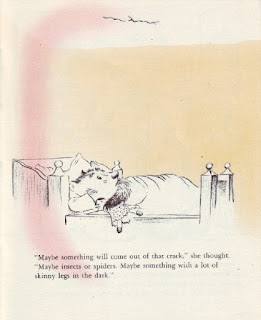 From 'Bedtime For Frances' written by Russell Hoban (1963)
This book helped me through many a bedtime fear... 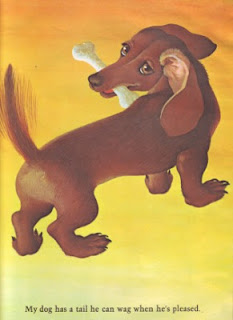 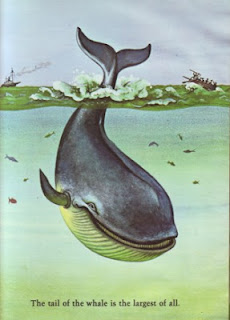 From 'A Tale Of Tails' written by Elizabeth H MacPherson (1965)
I  felt like I really knew each creature on every page.

And I’m still captivated, so I’ve been delving back to see what else Garth Williams illustrated.  Oh, there’s a lot - over ninety books!  He had an interesting and creative life which you can read about elsewhere but one little snippet I thought I’d share here is the controversy surrounding a book he wrote and illustrated in 1958 called ‘The Rabbit’s Wedding’.   I think most illustrators, when developing a pair of story-book rabbit characters who were frequently going to be shown together, would have done exactly as he did and made them each a different colour.  It’s an obvious way to distinguish them as well as being aesthetically pleasing.  However, back then, the Alabama library system decided that the depiction of a white rabbit getting married to a black rabbit was clearly a piece of integrationist propaganda and removed the book from circulation.   Somebody even went so far as to suggest that it was ‘brainwashing’.  I love Williams’ response: "I was completely unaware that animals with white fur, such as white polar bears and white dogs and white rabbits, were considered blood relations of white beings. I was only aware that a white horse next to a black horse looks very picturesque,” he said.  He added that 'The Rabbit’s Wedding' wasn’t written for adults, who "will not understand it, because it is only about a soft furry love and has no hidden message of hate.”


In some respects, things haven’t changed as much in the last fifty years as you might expect.  Sadly many editors and publishers still look at books aimed at innocent-minded children through the cynical, tainted eyes of adults.  Now, you’re probably a bit pushed for time and I do appreciate you sparing some of it to look at this post, but if you have a few minutes more then I urge you to read this article from just a couple of years ago.  It’s about banned books - oh, and as it says in the strapline, ‘Tibet, sausages and masturbating mice’ (I’m hoping that’ll reel you in…)  It's very funny but the facts may surprise.

I’ve experienced a little of the ‘masturbating mice’ type scenario myself (ha…you’ll have to read the article!  But I’ll save you a few moments if you haven’t yet, it’s in the paragraph headed ‘No sex please, we’re American').  On more than one occasion I’ve had to tweak some of my children’s book illustrations after they were judged to be too, ahem,  sexual…  For instance, a mummy bear lying on her back cuddling her baby bear who is on her tummy, their faces close together - that was one where I had to make an adjustment to the position of mummy bear’s legs.  Originally they weren’t quite ‘shut’ enough.  I know.  The book is for 1-3 year olds.

So, from the ridiculous... back to the sublime. 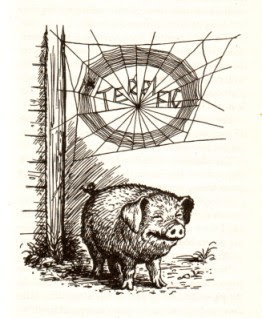